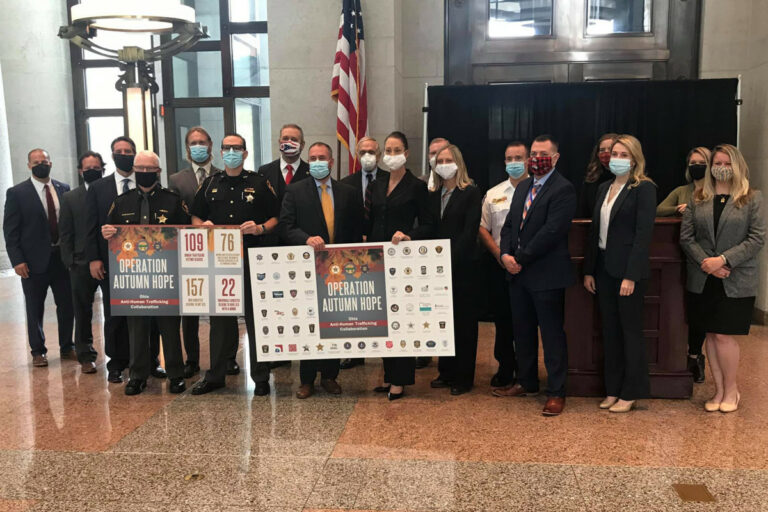 A monthlong mission in Ohio recently turned up 45 missing children and led to 179 arrests, authorities said.

Dubbed operation Autumn Hope, the US Marshals Services in Ohio and Virginia tracked the children, including a “high-risk” 15-year-old girl from Cleveland who was linked to suspected human trafficking, authorities said on Monday.

Twenty other children were also located as authorities checked on their well being.

During one of the missing children recoveries, a loaded gun was recovered. A 15-year-old boy had two warrants and is suspected in multiple shootings and a murder, authorities said.

Two other juveniles were found in West Virginia during a traffic stop, leading to the arrest of an adult male who was charged with concealment/removal of a minor child in Jackson County.

Autumn Hope was conducted by the Marshals in conjunction with the Ohio Attorney General’s Office and the Central Ohio Human Trafficking Task Force, as well as the National Center for Missing and Exploited Children and state and local agencies in Ohio.

“My thanks to all personnel who have stepped up for this operation,” said Peter C. Tobin, US Marshal for the Southern District of Ohio. “These are the same personnel who hunt down violent fugitives every day. I’m incredibly proud of them and pleased that they were able to apply those same skills to finding missing children. I know Operation Autumn Hope has made a difference in a lot of young lives.”

The US Marshals have conducted similar operations before, including in Ohio.

Last month, they said 35 missing children, between the ages of 13 and 18 from the Cuyahoga County area, were located during Operation Safety Net. Just over 20 percent of the found cases were tied to human trafficking.

That same month the Marshals also announced the arrest of 262 suspects, including 141 gang members, and the recovery of five missing children in Oklahoma.

Thirty-nine children were found in Georgia during Operation Not Forgotten in August and eight missing kids were recovered in Indiana in September as part of Operation Homecoming.

The Marshals have found missing children in 75 percent of cases it has received — 72 percent of those cases were recovered within a week, officials said.