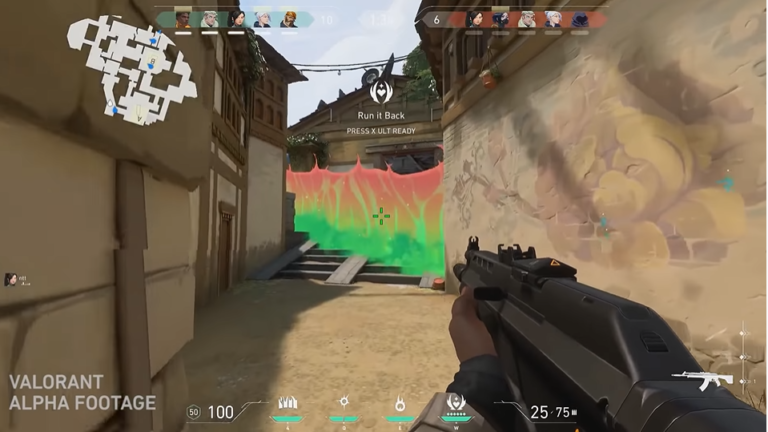 Playing Ranked games on Valorant is the aim of every gamer. High ELO determines your results as its representation of your skill level. The high levels start from Diamond but to get there; you must have won many of the ranked games in Valorant.

The ELO rating is unpredictable because it always depends on the outcome of the match between two players of equal or unequal ratings. If a player’s points are higher than the other, he’s expected to win at a certain percentage. The system might seem complicated, but it is usually better to increase your ranked ELO.

So, let’s help out with some pro tips on increasing your ELO. For faster results, you can also buy exclusive Valorant cheats to simplify the ranked games.

Set up your mouse optimally

One of your important tools in playing games is the mouse. It determines everything you do as it controls your character in-game. So, the mouse is supposed to match your play style in terms of speed. So, before playing the Valorant Ranked games, make sure you set the mouse well. Generally, the sensitivity can either be high or low, depending on what you want. High means less arm movement, while low means more arm use and more precise and accurate actions such as aiming and shooting. So, consider your skill levels before setting the pointer.

Ranked games in Valorant are often played as a team of 5 players against another team of five. This means that each team must work together to win points. So, when you’re part of a team, don’t do things on your own as it might compromise the effort of other players. Instead, communicate with them and share important information that can improve your play. You can be the leader and direct others, or you can simply tell others everything you see to help them make better decisions. Remember, teamwork helps more to win games when playing ranked. But even if we encourage active communication, make sure you do it only when necessary.

The most advantageous way of increasing your Valorant ranked ELO is by playing the games. If you want to get better at anything, do it more and more. The longer you play this game, the better you become. So, dedicate some time every day to play the ranked games and watch how things become clearer. As you play and lose some, take your time to analyze the performance to pinpoint the weak areas to improve. That way, you will return to the game correcting those mistakes and increasing your ELO.

Another important thing is to visit the Valorant shooting range to practice your aiming for at least 10 minutes or even 30 minutes before a game. This practice will expose you to shooting more bots as a way of practicing. As you focus on shooting a particular object and hitting the target, then you’ll be improving your skill in recoil control. Also, this time of warming up will enable you to practice pre-aiming and get better at it.

Movement is very hard in Valorant, and every pro player knows how to move carefully to suit their aim. So, if you want to increase your ELO, pay attention to in-game movement and understand it better. How do you master your movement? Firstly, learn how to bunnyhop because it is a great way to move in Valorant. But to do that, you’ll input a jump into the air, and when up there, you can move left or right with the movement keys. Bunnyhop gives you an air acceleration that is faster than when you run in-game. Also, crouch jumping on a box can help you a lot in the game as it will hide you from the enemies. Finally, don’t forget strafing, especially during a hot gun battle.

Don’t forget the abilities and ultimate.

Many people forget about these weapons in Valorant, but they’re very necessary. Agents in this game have these abilities and ultimate abilities that differentiate them from others. These gifts or skills also make them relevant individually to their teams. So, when searching for ways to increase your ELO, always remember that you can turn the tides with your abilities too. Each agent in the game comes equipped with 4 abilities. That’s why you can find some of them using sonic arrows, flashbangs, smoke grenades, etc. So, find the agent you can play well with and employ all the tools to your advantage.

If you’ve been wondering how to increase your ranked ELO, the tips above will help you play better. Start by adjusting the mouse sensitivity and then play as a team by communicating the right information to them. Also, play the game many times and make sure to warm at the Range before every game. Also, don’t forget the importance of abilities and the strategic in-game movement.