Punjabi singer and rapper Sidhu Moose Wala was shot dead on Sunday evening (May 29). The musician was 27 years old. His death came as shock to his fans and celebrities, who took to social media to express their grief. Many fans also discovered similarities between the singer’s last song and his death.

Processing news of such nature can never be easy, but in Sidhu’s case, it’s especially difficult because of the events leading up to his demise.

His fans, who immediately went back to his music to remember Sidhu, found uncanny coincidences that are tough to ignore.

First off, he released the song 295 in 2021, which also proved to be the date of his demise. The song touches upon things like the cost of telling the truth and how it can make you a controversial figure who is hated by many.

Second coincidence with the song The Last Ride

On May 15, Sidhu released the song, The Last Ride. The song is to give a tribute to rapper Tupac Shakur. He was shot dead in his car at the age of 25 in 1996.  The song’s cover photo was the car Tupac was in that day, and Sidhu had also been killed in his car. One fan wrote, “Irony is the last song Sidhu Moose Wala dropped was the last ride and its cover was 2 pac assassination car, the same way Sidhu is killed.” Sidhu was also in the car when he was killed.

Sidhu’s contribution to Punjabi rap music and hip-hop is immeasurable.

He was a true game-changer and his sudden death has not only deprived people of an icon but also of legendary music he would have created in the future.

Moose Wala was shot at while he was driving his SUV in the village Jhawahar Ke in Mansa district with two others. He has declared brought dead at the Mansa Civil Hospital. Punjab Director General of Police Viresh Kumar Bhawra said, “Moose Wala left his house in Moosa village at 4.30 pm. Around 5.30 pm, he was driving his jeep, accompanied by two persons, when two vehicles that had been following him intercepted his vehicle and fired at him.”

Moose Wala, who belonged to Moosa village near Mansa had sung many super hit songs over the last few years. Earlier this year, he had contested the Assembly polls on a Congress ticket from Mansa, losing to AAP’s Dr. Vijay Singla — the minister who was sacked by the AAP government and arrested earlier this week over alleged corruption charges — by a margin of 63,323 votes.

Also read: Apple offering extra discount on purchase of a new iPhone until May 31: Here is the deal 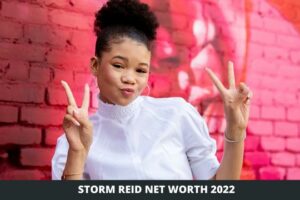 How Much Does Storm Reid Earn Each Year? 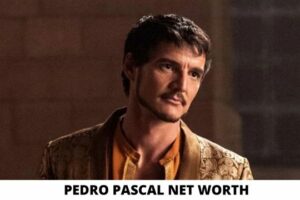 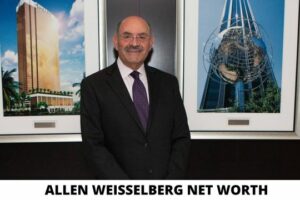 How Did He Handle the Budget for the Trump Family?