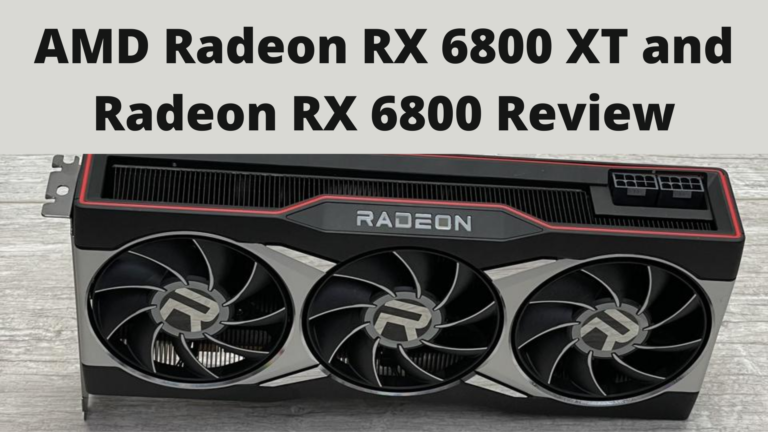 From the Start, AMD has been performing well but for the last few years, it was lagging behind other graphics card makers such as Nvidia. But now AMD has made a kick start and come up with new features such as Ray Tracing. Though the performance might be the same, the prices for AMD were quite high compared to Nvidia and this goes in favor of Nvidia. Recently two cards are released AMD Radeon RX 6800 XT and Radeon RX 6800 and today we are going to discuss them.

The new Radeon Rx 6000 series is based on RDNA 2 architecture. AMD Radeon RX 6800 XT and Radeon RX 6800 have designed for users who want good performance but do not have Goood Budget. These have ray tracing capability too. AMD’s graphics division has dominated the high-end gaming console space for years now. The current and previous generations of Sony’s PlayStation and Microsoft’s Xbox consoles have all used Radeon GPU.

At the architecture level, the number of Compute Units has increased from 40 to 80, and new ray accelerator blocks have been added for ray tracing. Even though RDNA 2 uses the same 7nm manufacturing process as RDNA, optimizations to power handling, the processing pipeline itself, and boosting clock speeds by up to 30 percent have resulted in this generation-on-generation performance uplift.

Another important feature of the architecture is the “Infinity Cache”. 128Mb level3 cache is based on AMD’s Epyc server CPU designs. This level 3 cache is very fast and is combined into the on-die Infinity Fabric interconnect for high-bandwidth, low-latency communication. This large size cache called infinity cache is necessary for faster performance. The data is always ready for players without getting bottlenecked.

This feature allows a computer’s CPU to directly access the entire contents of the GPU’s memory. Before it was limited to 256 Mb but now it can be expandable with the help of the Base Address Register used in designing the architecture. Because of this 11 percent, better performance can be achieved.

This allows a GPU to load game assets directly from a high-speed SSD to GPU memory, without passing through system RAM or requiring CPU resources.  This is being applied in next-gen consoles and should improve loading time for levels and transitions in games.

I hope you enjoyed reading.