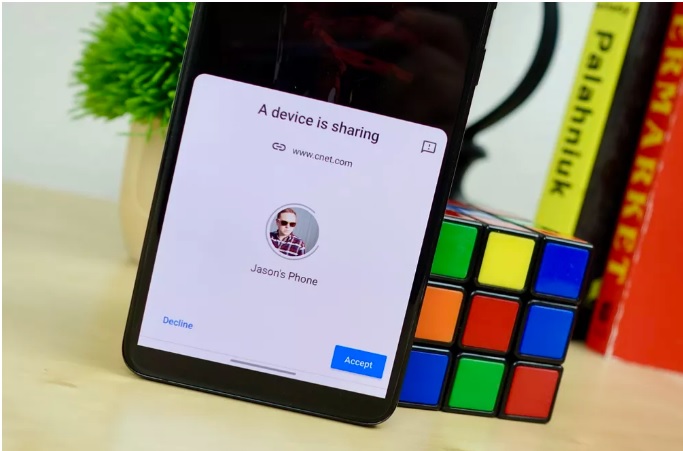 As Android 12 continues to roll out globally. Android 13 is several months away, still, there are reports about the expected features of the next Android operating system. As per a new report, Google is working on a tap-to-transfer feature for media in Android 13.

Google is reportedly working on a new feature that will allow users to move media playback between devices. The feature will offer similar functionality as Apple’s Handoff feature that allows iPhone owners to transfer media to and from the company’s HomePod speakers. Google is also working on redesigning the operating system’s output picker for media as per another report.

UI demos made by Google to show off a new “Media TTT” feature debuting in Android 13. TTT stands for “tap to transfer,” and a part of it is a chip notification that pops up with info relating to one’s proximity to a receiver device such as another phone or a Chromecast device.

All the devices running on Android 13 will be able to transfer media from their phone to a nearby speaker or another device simply by getting near that source. It will show a ‘chip’ notification at the top of the phone’s display as a user approaches a compatible source. There will also be an ‘undo’ button to reverse the transfer if occurred by mistake.

Another feature that will arrive on Android 13 is “Panlingual.” This will allow users to change the language preference for each individual app instead of making one language selection for the entire operating system.

Google may use NFC for the upcoming feature. However, it is not clear right now that this feature will work for all Android devices, Speakers, TVs, and Smartwatches. The next Android will offer major improvements in audio streaming through Bluetooth.
Google has merged the LE Audio codec (LC3) and has added it to system settings as a new option. When connecting to an audio device, the codec will take the highest priority, meaning that supported devices will try to establish a LE Audio connection before any other

The first developer preview for Android 13 will launch next month. With the final version of Android 13 being released next year.

Also read: WhatsApp for Android May Soon Let You Play Voice Messages in the Background

Also read: Xiaomi 11T Pro to launch in India on January 19, here are its top Specs