A report states that Apple will introduce the feature with iOS 16. This will allow the iPhone to display a limited amount of information even when it’s locked.

As the WWDC 2022 is closing in, reports about what Apple may release at the event are surfacing on the internet. Among the latest pieces of information is something about an upcoming feature for iPhone. Apparently, Apple is going to launch iOS 16 at the WWDC 2022. There are speculations that the new operating system will come as a major upgrade that contains new features to manage notifications and Messages. Additionally, iOS 16 is also going to enable always-on display on selected iPhone models.

According to a new report iOS, 16 will come with support for an always-on display for future iPhones. Essentially, the always-on display will reduce the refresh rate of the screen and display “glanceable information” when the iPhone is sitting idle, just like Android smartphones that support the feature. Additionally, Gurman mentions that the feature will be available only on the Pro models of iPhone, including iPhone 14 Pro and iPhone 14 Pro Max. Along with iOS 16, Apple will also release iPadOS, watchOS, and other operating systems for various devices.

A report mentions that the delay in development is specific to the engineering verification test. It conducts once the parts and process requires to manufacture an iPhone are finalized, just before beginning with the production. For Apple to be able to launch all the four iPhone models in September this year, the suppliers have to complete the engineering verification test end of June, which seems difficult at the moment. Reportedly, the iPhone 14 Max is running three weeks behind the schedule.

Apple is going to announce a number of other changes at the Worldwide Developers Conference (WWDC) on June 6th
As per Gurman, Apple is also going to introduce enhanced windowing and multitasking features on the iPad. He cited findings from developer Steve Troughton-Smith, who recently discovered that the company may be developing a feature that would allow users to freely resize windows. Apple could also revamp its System Preferences menu to make it more like the Settings app on iOS.
Thanks for reading!!
Stay Connected for more latest updates
Also read: After Sidhu Moose Wala’s Tragic Demise, Fans Spot Eerie Coincidence Between His Songs & His Death
Also read: PM Modi releases benefits under PM CARES for children orphaned in Covid
iOS 16 might come with an always-on display for Pro iPhones iPhone 14 Max's production delayed 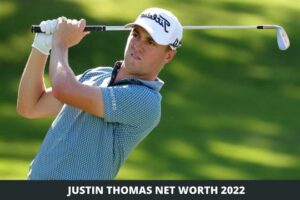