The Market Mail Every latest news update
Home Entertainment THE BEST BRITISH TV SHOWS TO STREAM: ‘I MAY DESTROY YOU,’ ‘FLEABAG’ AND MORE 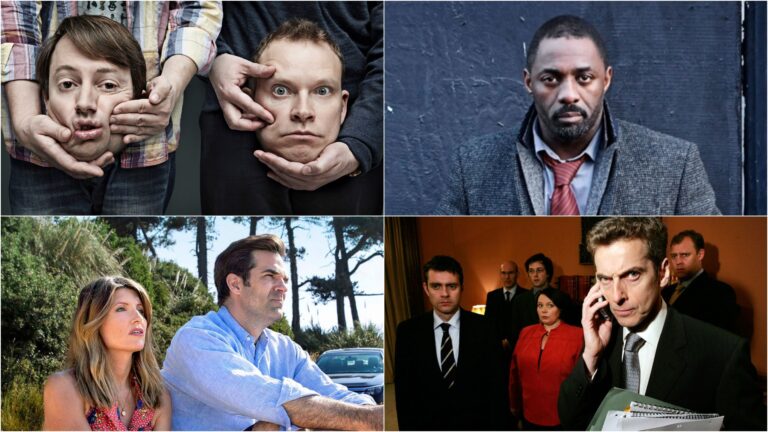 Feel like you’ve covered just about every show of your favorite genre and looking out for more? Scroll down the list and find the best British TV shows to add to your watchlist. This new set of television series will surely captivate you for a longer time.

1. I May Destroy You

Let’s unfurl the list with the most prominent name – I May Destroy You. Created by Michaela Coel, this dramatic series follows a woman named, Arabella, who is sexually assaulted in the nightclub. She is forced to reassess life, from her career to friendship. She struggles to manage what exactly happened to her. Debut in 2020, it is composed of 12 episodes in total and is available to stream on HBO.

Looking for a comedy-drama? Add Fleabag to your collection and get entertained in no time. The story of this TV show revolves around a woman named, Phoebe Waller-Bridge as a titular character. She is a sarcastic, dry-humored woman who is struggling to cope up with the life of London as well as dealing with the tragedy. It has earned six Primetime Emmy Awards. Since its first installment was a classic hit, therefore, the makers have also come up with a sequel that was equally appreciated by the viewers.

Streaming on Netflix, Sex Education is yet another worthy series to add to your personal watchlist. Starring Asa Butterfield as an incredibly awkward teen who teamed up with the bad girl, Maeve Wiley, and starts giving sex education to his classmate for a price. Since he lacks the personal experience which is important to offer such education, he takes the help of her mom who is a sex therapist.

Does the life of the British royal family fascinate you? If yes, then The Crown might be a great option to watch for. Streaming on Netflix, this television series lets you indulge in curiosity and keeps you hooked for a longer time. The entire show delves into the reign of Queen Elizabeth II; however, its fourth season which was debited in 2020 also features the role of the late Princess Diana that was portrayed by Emma Corin. Season 5 and Season 6 are still under production and will soon hit the screens.

One of the famous British TV series to stream, Bridgeton has created a unique buzz since the day it premiered on air. The latest Shondaland series and the first scripted series to stream on Netflix, Bridgeton is a period drama based on Julia Quinn’s novel. Owing to the grand success of the first season, the show was instantly renewed for the second, third, and fourth seasons. Rege-Jean Page and Phoebe Dynevor led to season 1 of this popular TV show. This series mainly chronicles the personal lives of the eight siblings from the aristocratic Brideton family.

Interested in mystery thrillers? Try out watching the famous British TV show, Luther, and get occupied with the interesting storyline. It features Idris Elba who played as a titular extraordinary but self-destructive detective who impulsively tracks down the murders around the city. This job proves to be emotionally draining as Luther unable to create a balance between his dangerous professional and complicated personal life. Released in 2010, this psychological drama lets Idris earned several accolades Screen Actors Guild Awards and Golden Globe.

The next famous British TV series on the list is Broadchurch which ran from 2013 to 2017. It depicts the experiences of Detective Inspector Alec Hardy and Detective Sgt. Ellie Miller. Both of them joined the force to investigate the gruesome murder of the young British Boy who was found dead on an unassuming beach in Broadchurch. However, when the suspect was brought into the play, he started revealing mysterious truths about the fellow Broadchurch inhabitants. This TV show is currently streaming on various platforms such as Apple, YouTube, and Netflix.

So, there you have the list of the best British TV series to watch out this year. All of them boast an exciting plotline and are highly gripping. Select among these ultimate options across the pond, add them to your watchlist, and spice up your life in time.

Keep visiting us for more updates!!