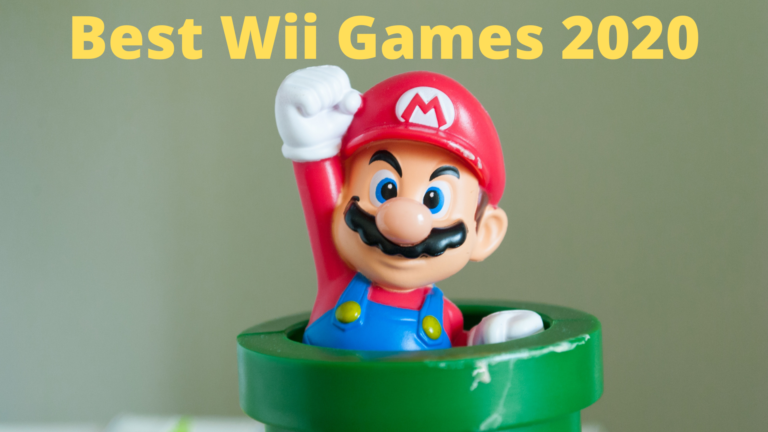 Are you looking for the Best Wii games? Being a new gamer, if you have been searching for Nintendo Wii best game list, you are lucky to land here. Because of its low prices, Amazing game controls, and a thorough supply of games, it brought gaming to the mainstream. The Year, 2020 is about to end! So, here I am going to share the list of Best Wii Games you should play in 2020.

Video games are always loved and are very famous since the 90s. Wii is an ancient name in gaming consoles and if you want to go back to those old times with your Wii then try these brand new games. Wii was released in 2006 in the market and sold around 100 million copies worldwide. In 2013, the service discontinued and today you will not find Wii in the market. To play Wii games you will need an emulator. We will discuss things in detail in the article below.

How to play Wii games?

Best Wii Games You Should Play in 2020

Nintendo’s Wii is offering its players a really fun experience and game motions are really amazing. Nintendo’s Wii has 104 Wii games selling over 1 million units. Below is the list of Best Wii games.

This game gives you a great experience of playing a game. With its 2D gameplay and 3D polygon renderings, the game is great to play. In single-player mode, the player controls Mario and must complete various levels, which are filled with both helpful items and harmful obstacles. The game contains 8 different worlds with a hidden world too, the ninth one!

Sports lover! This one is for you! Wii Sports consist of five different Wi games like Tennis, boxing, golf, baseball, and bowling. This game gives you the real feel of the game and you have to hold the remote in a similar way like you hold and move the sports accessories like baseball bat etc.

The teenage mutant ninja Turles are for fictional superheroes. The heroes originated from home in the sewers of New York City, they fight with different kinds of harms to society like petty criminals, mutated creatures, evil overlords, and alien invaders. Moreover, they are hidden from society. It’s kind of a fight and survival game. It’s a very old game and gained the most popularity in the late 1980s and early 1990s.

Do you love dancing? Then this is a must-play game for you. In this players must mimic the on-screen dancer’s choreography to a chosen song using either motion controllers or the game’s associated smartphone app. In the game, 40 different hot tracks are available for dance. A dance rhythm game shouldn’t be missed.

Carnival games also known as Carnival Funfair games were a huge success and sold over millions of copies worldwide. As a result in the year 2018, a sequel was released named, Carnival Games: Mini-golf.

Carnival games consist of many party-based games such as  Alley Bowling, Lucky Cups, Nerves of Steel, Hoops, and Day at the Races, and Buckets Of Fun. Many virtual prizes are also given based on the score. Moreover, many easter eggs are hidden as well. The game is available in single-player as well as multiplayer mode and up to 4 players can play together.

Hey friends, this is all about Best Wii Games You Should Play in 2020. Though the Wii is very old, kids still love to play on Wii. It brings an immense different playing experience.

The best survival games for PC to play in 2020