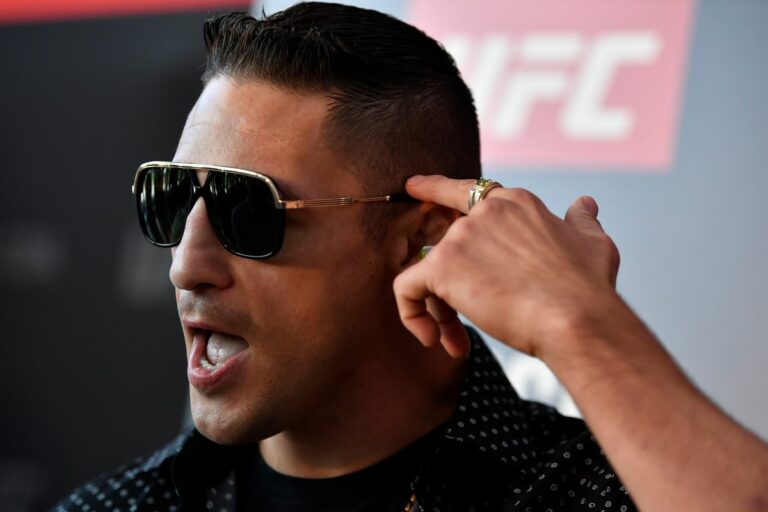 Diego Sanchez is a veteran of the sport. The American fighter has been in the promotion for 15 years now. He has shared gone up against some of the best fighters to have ever stepped into the Octagon. At 38-years old Diego is very much still a threat at any weight class.

Sanchez has seen the evolution of an obscure sport to one of the most followed sports in America. In the time that he has been in the UFC, he has competed in multiple weight classes and fought for the title at 155 pounds against B. J. Penn. However, at the tail end of his career, ‘The Nightmare’ has an unlikely opponent in mind.

Diego Sanchez up for a fight against Joe Rogan

Joe Rogan is a highly accomplished Black Belt in Brazilian Jiu-Jitsu, under Eddie Bravo.  His love for the sport and MMA in general is well known. However, the UFC commentator has never taken part in a fight at any level. At 53 years of age, it is highly likely that he will either.

While there is no animosity between the two men, ‘The Nightmare’ likes the idea of a fight with one of the biggest names in combat sports despite him not being a fighter.

Sanchez is at the tail end of an 18-year professional career. While he did well for himself in the initial days, his last few years have been extremely inconsistent. He is split in wins and losses in his last ten fights.

Age, however, is not on his side as he inches towards 39. His most recent fight was a loss against Jake Matthews. Though he has four more fights left on his deal, Dana White is not keen on him seeing out his contract.

What do you make of Diego Sanchez’s statement? Do you think he should retire? Or does he have a lot more left in the tank? Let us know in the comments below.