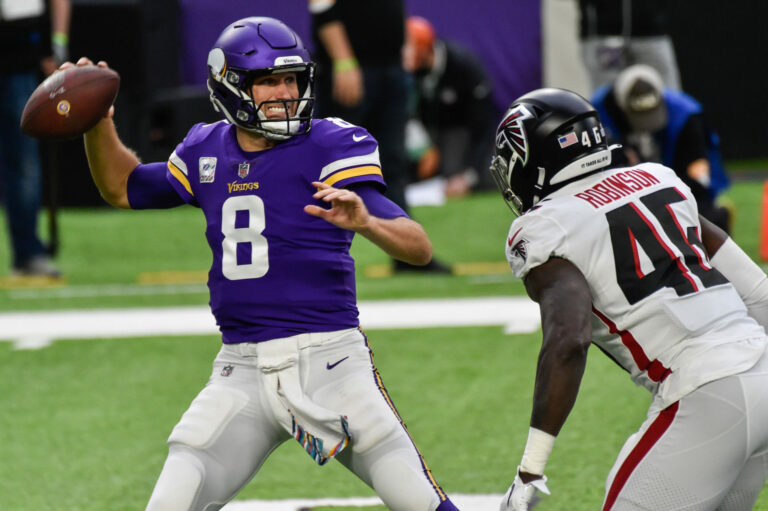 It’s turning out to be a tough season for Minnesota Vikings and their enormous fanbase. Head coach Mike Zimmer and his team have only managed one win from five games this season. They are on a two-game losing streak after beating Deshaun Watson-led Houston Texans in Week Four. A major reason behind their downfall is the inexperienced defense. However, quarterback Kirk Cousins must also share part of the blame.

Six weeks into the season, Cousins already has 10 interceptions to his name. In fact, he threw three of those interceptions in the first half against Atlanta Falcons last weekend. Cousins has thrown for 1,400+ yards with 11 passing TDs to his name in 2020. He still has time to turn things around in the coming weeks.

Minnesota Vikings GM since 2012, Rick Spielman, gave his two cents on star quarterback Kirk Cousins in a recent interview. He was asked to comment about the immediate future of Cousins with the Vikings.

He said, “You just kind of have to go back and look at the big picture. But I don’t think anyone has lost any faith in Kirk Cousins. I expect him to come back after the bye week and play well for us.”

“I know he’s very hard on himself. Some of the interceptions were not his fault. Some of them were poor decisions. But I don’t have any doubt that he’s going to be able to rally,” Spielman told The Minneapolis Star Tribune.

Cousins and the Vikings agreed on a two-year $66 million contract extension in the offseason. He is guaranteed a sum of $21 million in full this season. The rest of the contract amount will be paid to Cousins on day three of the 2021 season. If the Vikings were to cut Cousins off their roster, they will rake in a loss of around $41 million.

Spielman and the rest of the Vikings management need their franchise quarterback to get back to his best. A failure to improve his overall level of playing might give Rick Spielman a dilemma towards the end of the season. Will Cousins still be around in Minnesota when the season starts next year?