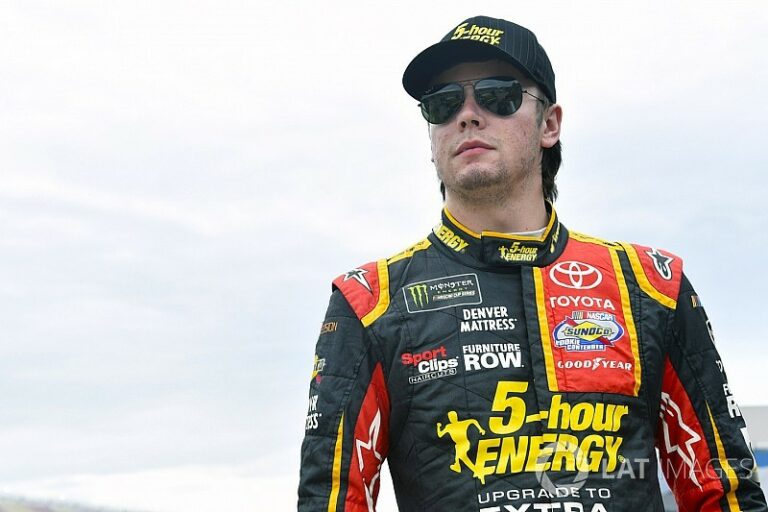 Erik Jones the ‘Rookie of the Year’ in all three NASCAR national series and former Truck Series champion is really looking forward to the season of 2021 in the NASCAR Cup Series with Richard Petty Motorsports(RPM).

This move came in the wake of Jones being replaced with Christopher Bell by the Joe Gibbs Racing(JGR) team.

The 24-year-old has clearly not taken it lying down. He is keen to prove a thing or two to the people who have possibly written him off.

In a candid chat on SiriusXM NASCAR Radio about his next season chances with RPM, mentioned, “I’m here to stay and I’m not really going anywhere and I feel like we can go out and then both do it together as a group.”

Jones has signed a multi-year deal with the one-car NASCAR Cup team. And is really looking forward to the possibilities of races and tracks the next season has to present.

He has also stated that he will be looking to go out and “get rid of the chip on his shoulder” and prove people wrong.

“I felt like I had earned my spot (in the Cup Series) and had been a proven winner and just needed the pieces in place, and the right thing in place, to continue to go out and do that,” the new driver of the No. 43 car said.

Erik Jones is in his fourth full season in the Cup Series. His association with the JGR came into being in 2018 driving the #20 Toyota Camry. He kickstarted his 2020 season by winning the Busch Clash in Daytona.

In 2019 he won the Southern 500 at Darlington raceway. This win helped him guarantee his position in the NASCAR playoffs.

The year 2018 at Daytona International Speedway he secured his first-ever Cup win.

Jones has bagged back-to-back Sunoco Rookie of the Year honors in all three NASCAR national divisions – the year 2017 in Cup, 2016 in Xfinity Series, and 2015 in the Gander RV & Outdoors Truck Series.

Erik Jones and RPM can be a force to reckon with for the seasons to come. While RPM is not the biggest Racing team, Jones feels that the association has the potential to bring big results.