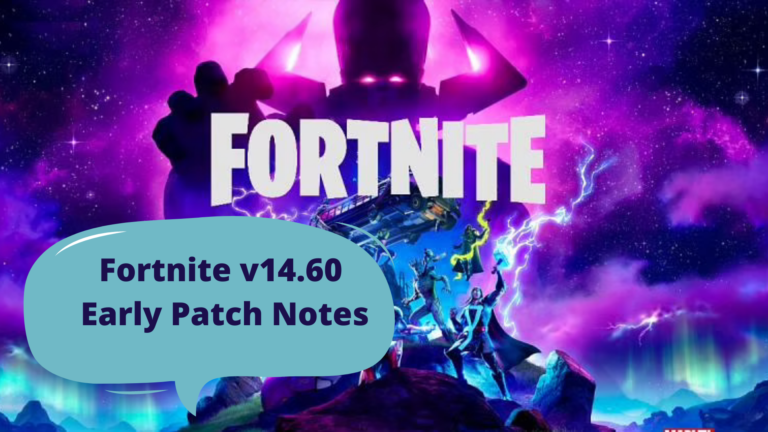 Are you looking for Fortnite V14.60 Early patch Notes? If yes, go through this article and get the list of all the things you will receive with Fortnite V14.60. Fortnite first released in the year 2017 and become world-famous through its continuous updates and releases. It better binds players with the game through the early release of Patch notes. I am going to share what all will be there with this new version Houseparty app, Xtravanza, creative Hub changes, and much more.

Fortnite Battle Royale Chapter 2 – Season 4 received the patch v14.60 update recently. Moreover, The Marvel-themed season is bringing closer to its season finale. This is one of the biggest updates seen so far. We will go into detail about each and everything one by one.

“The second batch of XP Xtravaganza challenges arrives this week! Get the squad together and take on these party-wide challenges to finish out the Battle Paas in style.”

Extra XP’s are always welcomed and help players to go through the Battle Pass.

For players use PC, PS4, and PS5, the new video chat feature is accessible. Players would require ios or android phone with the Houseparty app installed to get the feature. With the app installed, connect your Houseparty account to your Epic Games account to get started.

Many more updates are released and bugs are fixed, stay tuned with us!

Well, friends, this is all about Fortnite v14.60 early path notes. I hope you would like reading. These patch notes depicting that the new update would bring a lot more fun for the players.c

Share your feedback. Mention in comments if you know any more points, we would love to update. Thank you!