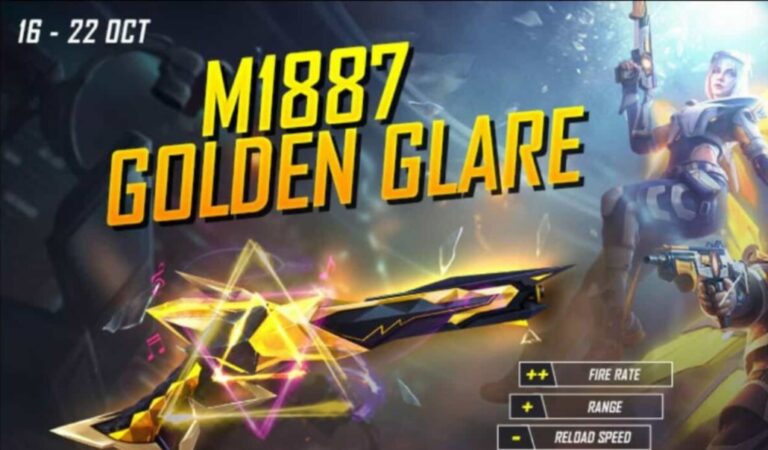 Garena Free Fire always brings awesome events in-game featuring amazing rewards for players. Players can get these rewards by taking part in the event. Today, Garena brings a brand new Free Fire Golden Ascension Event where players can get M1887 Golden Glare Skin. Let’s take a look at all the details of the event and how to win the reward.

Garena announced brand new skin for the players in the Golden Ascension Event. Players can claim the skin by trying their luck.  Gamers can get the M1887 Golden Glare Skin from 16 October to 22 October. So, the players would have time to get the skins within few days.

Players need to collect the Legends Token from this draw in order to redeem the 5 Grand prizes. The Normal spin costs 20 diamonds for 1 spin and 90 diamonds for 5 spins. The obtained rewards will first be sent to the Backpack section of the game, where they will be stored. Players can either redeem it to the Vault and make it permanent or use 3 items in the Backpack to roll the spin one more time.

The redeem section of the Grand prizes are:

How to Get M1887 Golden Glare Skin from the Golden Ascension Event?