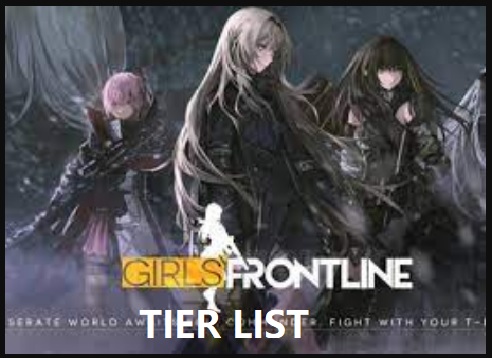 Girls Frontline is a wonderful RPG game. In this game, the players need to use different strategies to build a powerful team. The powerful army build by you helps you to win on the battlefield. However, creating a team is not an easy task. As the game has rich content to explore and numerous characters called T-Dolls. For the ease of our readers, we have created a Girls Frontline Tier List for September 2021. This guide will help you to check which units are worth getting in the future and which ones to drop past a certain point in the game.

Girls Frontline is a wonderful role-playing game that was released in 2018. This game is full of new challenges and puzzles. Talking about the gameplay, this game contains female characters which are called T-Dolls in the game. There are so many T-Dolls for you to pick and customize.

All these dolls are categorized into various groups. The Players have to create a team that helps them in completing the challenges of the game. When you select your squad the mission of the game gets started.

The Players have to solve many puzzles with the help of the team created. It will provide an area map too through which you can check the location of different points.

Every T-Dolls have their own weapons and have skills of fighting. T-Dolls use these skills and weapons to defeat their enemies. While Completing the puzzles, the enemies may attack you and start the battle.

Your task is to manage your team. You may assign areas to T-dolls to fight the battle. These positions can be changed anytime in the game. You can protect yourself from the attacks. In the later part of the mission, you may take the help of a special force.

This special force has superpowers and has the ability to destroy the opponent completely.

All the T-Dolls in Girls Frontline are categorized into six different groups. There are 100 T- Dolls in the game. These six groups are – S, A, B, C, D, and F. The S tier is the superior one. The top characters in group S are FAL and G11. They have the Assault Rifle as a weapon.

The main heroes in group A are AA-12 and AK-12. The weapons of AA-12 are shotguns and the weapon of AK-12 is the Assault Rifle.

The best doll in group B is 9A-91 and AEK-999. Their weapons are Assault rifles and machine guns. The best characters in group C are AK-47 and Astra. The weapon of AK-47 is Assault Rifle and the weapon of Astra is a handgun.

Overall winning or losing the game only depends on the team you create. So it is a difficult task. To simplify this task, we have created a Girls Frontline Tier list to get the best T-Dolls. Just go through our list and arrange your team accordingly.

These Dolls are supreme in all. It is beneficial to add them to your team. But it is quite difficult to grab them. Once you include them in your team, you just win the game.

These are the most strong T dolls but less than their S-tier peers. However, it is good to include them in your team as they have the potential to control the game. It’s fortunate to have A Tier girls in your squad.

The Tier B-girls are not so impactful. but they utilize all their capabilities and may let you lead the game.

These are standard dolls that offer the most winning weapons. They are only workable at the beginning; when you progress, you must replace them at any cost.

These dolls are not worthy. You can only include them to complete your squad.

A BIG NO for Tier F Girls!!! They just increase the number and nothing else. We suggest you do not include them.

Well, this is our Girls Frontline Tier List. The deep guide would definitely help you a lot while building a team. How do you like the article? Tell us in the comments section below. Keep Sharing!