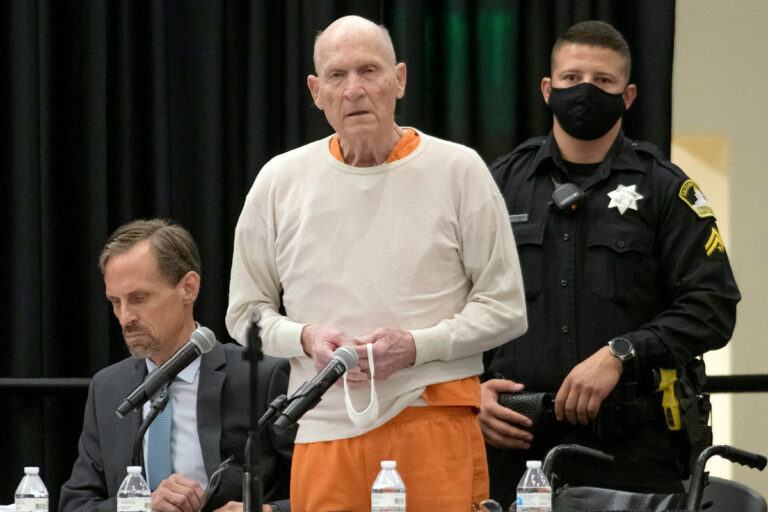 “Golden Gate Killer” Joseph James DeAngelo — a former police officer notorious for a violent reign of terror in California in the 1970s and 80s — arrived this week at the prison where he will begin serving multiple life sentences.

Officials there will determine the permanent prison where he will serve out his 11 consecutive terms of life without parole.

DeAngelo had eluded authorities as he crisscrossed the state committing rapes and murders in a twisted crime spree between 1975 and 1986.

But the killer — who was a cop in two small-town police departments during the 1970s — was ultimately nabbed in 2018 through the pioneering use of new DNA techniques.

DeAngelo pleaded guilty in June to 13 murders and 13 rape-related charges in a deal that spared him the death penalty.

He admitted to victimizing at least 87 people across 11 California counties, though the statute of limitations had expired for some of the crimes.

Some of his earliest crimes involved a masked rapist who would break into sleeping couples’ suburban homes in central and Northern California, binding the man while sexually assaulting the woman, authorities said.

It was not until later that assaults were linked to his slayings in Southern California.

In August, DeAngelo was sentenced after an emotional four-day hearing in which he heard from many of his victims and their survivors.