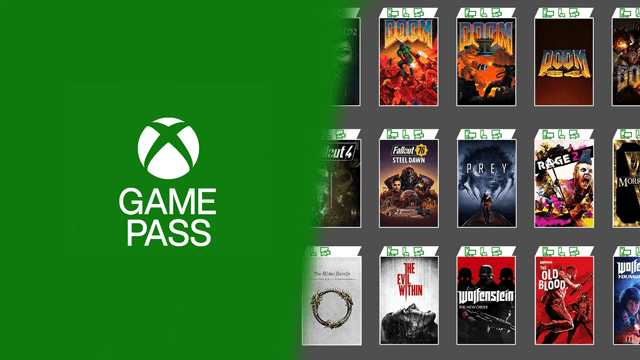 In the wake of Microsoft’s official acquisition of Bethesda, a massive list of titles is being added to Xbox Game Pass. It was expected that Bethesda games would come to Game Pass eventually, but Microsoft is immediately showing the love by adding a chunk of the studio’s most popular titles. However, there are some notable absences missing from the list.

According to Xbox Wire, starting tomorrow, 20 Bethesda titles will be coming to Xbox Game Pass. These games are a good representation of the studios which comprise Bethesda and are spread over almost 30 years of gaming history:

There are a few titles glaringly missing from this list. Most notably, Doom (2016), Wolfenstein: The New Colossus, Fallout 3, and The Evil Within 2 weren’t added in this batch. However, it’s possible previous licensing arrangements prevented these games from being added at this time. Perhaps they’ll come to Game Pass at a later date.

The addition of these Bethesda games to the growing list of Xbox Game Pass titles is a great way to welcome the studio to the Microsoft family. Instead of locking these down as Xbox and Windows 10 PC exclusives, Microsoft is just giving them away for practically nothing. Hopefully, we’ll get a peek at some new Bethesda titles like Starfield soon.