How to watch, fight card, schedule 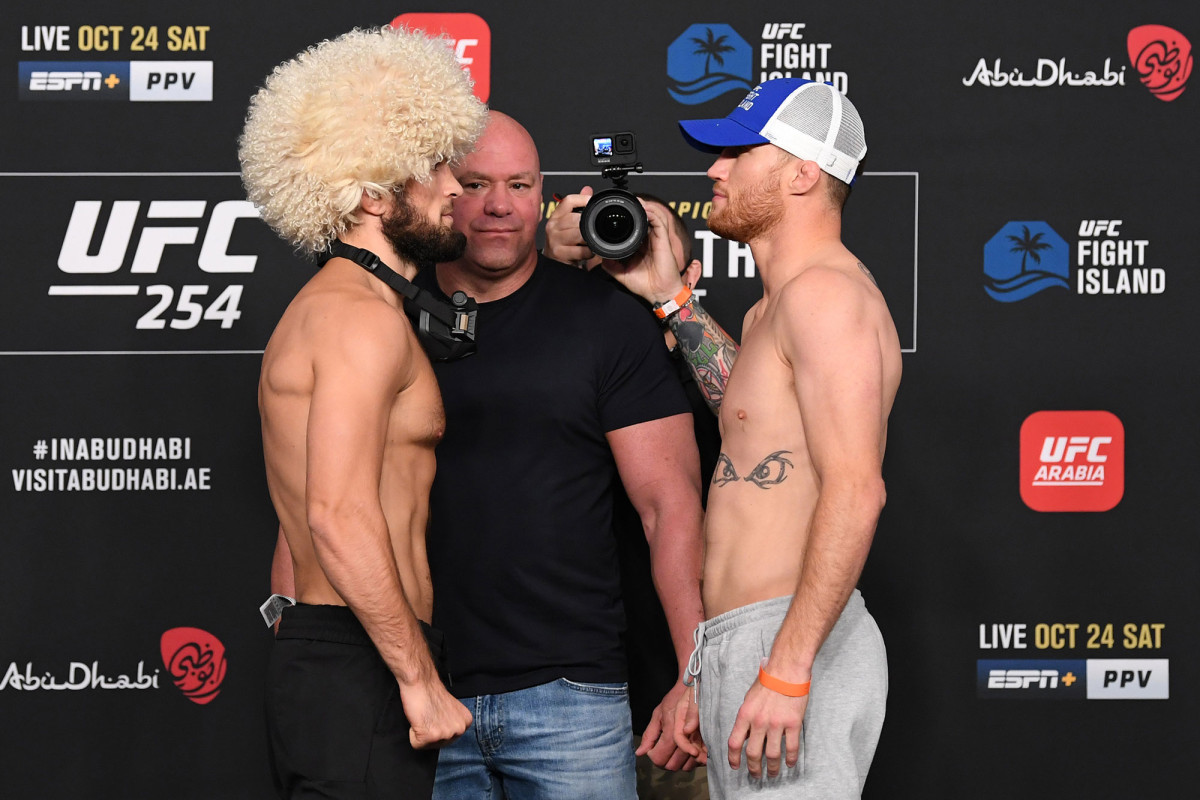 UFC is headed international once again.

Khabib Nurmagomedov (28-0) and Justin Gaethje (22-2) will square off for the lightweight title in the main event at UFC 254 on Fight Island in Abu Dhabi on Saturday, Oct. 24.

The headliner will be a unification bout between the current lightweight champion, Nurmagomedov, and the current UFC interim lightweight champion, Gaethje. The undefeated Nurmagomedov was originally set to defend his title against Tony Ferguson at UFC 249, but COVID-19 restrictions kept him in his native Russia. Gaethje, an Arizona native, took his spot and beat Ferguson by TKO, setting up Saturday’s anticipated showdown.

Here’s all the info you need to know about UFC 254:

Where is UFC 254 taking place?

When is the Nurmagomedov vs. Gaethje fight?

What are the odds for Ferguson vs. Gaethje and who’s favored to win?

Nurmagomedov (-360) is the favorite over Gaethje (+280), via William Hill Sportsbook.

Is there history in the octagon between Nurmagomedov and Gaethje?

No, Saturday will be the first time they meet. Nurmagomedov holds the UFC’s longest active unbeaten streak, with his last two wins coming by submission over Dustin Poirier and Conor McGregor. Gaethje only has two career losses, one coming to Poirier in 2018, but he has won four straight bouts since then, the last two by TKO.