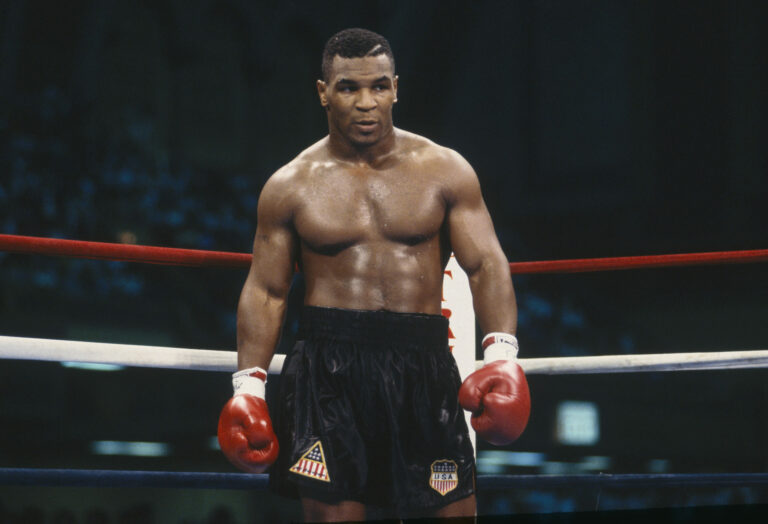 While Tyson has remained adamant that he has never used performance-enhancing drugs, his recent comments have certainly raised some eyebrows. For those of you who are not aware, a “whizzinator” is a fake p***s that leads to a tube of untainted urine. Mike accepted that he has used both his wife’s and his kid’s urine to pass the tests.

Tyson said, “It was awesome, man. I put my baby’s urine in it. And sometimes, one time I was using my wife’s and my wife was like ‘Baby you better not hope that it comes back pregnant or something.’ And I said Nah, so we ain’t gonna use you any more, we’re gonna use the kid. Cuz I got scared that the pi** might come back pregnant.” Tyson said.

In the past, there have been incidents where athletes have been caught using their wife’s urine after the results indicated pregnancy.

However, these comments contradict his previous statements where he has stated that he has never used drugs throughout his boxing career. In the past, Tyson has stated that steroids don’t help much in boxing.

Iron Mike will return to the boxing ring against former four-division champion Roy Jones Jr. in an exhibition match later this month. The bout is scheduled to take place inside Staples Center on November 28.

California State Athletic Commission or the CSAC will sanction the much-anticipated showdown. Needless to say, the CSAC will test both the boxers before and after the fight. Tyson may not be able to use his old trick this time around.

The WBC has created a special belt called the “Frontline championship” for the winner of the fight. In a “Frontline battle” between two of the best to step inside the boxing ring, both Tyson and Jones Jr. will be raising money for charity.


I low-key like Dana White and his decisions, but that doesn’t mean I am not a fan of super fights. Always up for a chat related to UFC, I am a passionate filmmaker.