The Market Mail Every latest news update
Home Entertainment Is Bob Barker Still Living? Get an Update on His Health Status Today 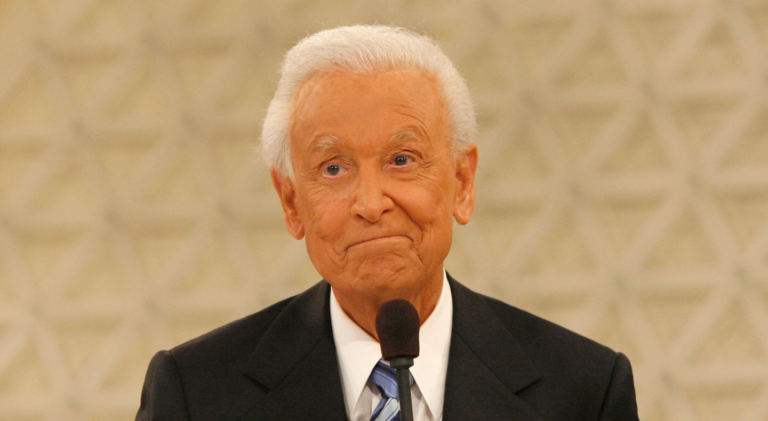 When you think of The Price Is Right, it only makes sense that you’d immediately think of Bob Barker. He retired from the popular game show in 2007 after 35 years as host, and while he has made a few guest appearances since then, it’s been quite some time since viewers have gotten to see the beloved TV personality in action. That said, there have been many questions about whether or not he’s still living today. Scroll down for everything we know about Bob’s health and age today.

Yes, as of December 2020, Bob Barker is still alive. However, he’s a lot older today than you may have thought. Dec. 12, 2020 marks his 97th birthday! To celebrate and honor Bob last year, the game show took to Twitter to wish him a happy birthday with a sweet video of current host Drew Carey and a prompt for fans to wish him well in the comments.

While 97 is quite an impressive age, Bob has had many health issues over the years, so it’s remarkable that he’s still doing so well today. Over the years, he’s suffered a partially blocked left carotid artery, a stroke, prostate surgery, skin cancer, and stitches, head, and knee injuries after falls in his home.

He especially had a rough year in 2018, when he was hospitalized twice towards the end of the year for severe back pain. This caused him to have a low-key 95th birthday celebration at the time.

“He’s just resting, and he’ll probably have some family come by,” his rep told USA TODAY two years ago. “He’s still recuperating from his back. He’s improving. He’s 95 today so it’s a bit of a slow process.”

He added: “But… all the signs are pointing to a good recovery, and so he’ll just keep doing what he’s doing. He’s just taking the steps necessary to recover and get better and he’s going in the right direction.”

Even though Bob was heading in the right direction at that time, we haven’t heard much about him or seen him at all recently. His last appearance on The Price Is Right was on April Fool’s Day back in 2015, and he hasn’t appeared on television since.

However, TMZ reported in March 2020 that he’s allegedly doing fine with self-quarantining at his LA home during the coronavirus pandemic because he’s so used to self-isolation.

The tabloid shared that he’s being stricter with visitors amid COVID-19, but his family has been feeding him and making sure his medical needs are met. In fact, he’s reportedly spending his time relaxing and watching old movies, many related to the military.

We’re so glad to hear that Bob is doing well, and we hope he’ll make at least one more Price Is Right appearance in his lifetime!