Is Disney Plus removing Dumbo and Peter Pan over ‘cancel culture’ controversy? 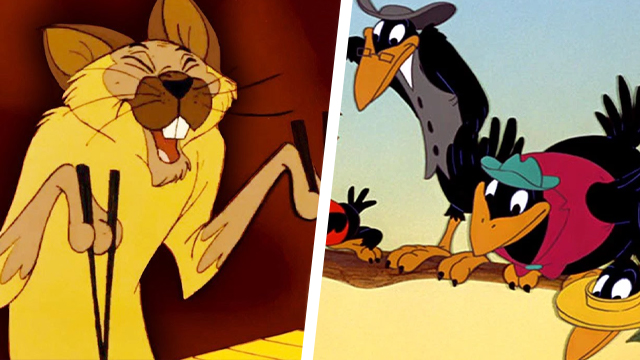 Disney Plus has been accused of removing Dumbo, Peter Pan, and other movies as a result of its racist depictions of characters, after the company added an advisory to several of its titles. Critics have now called the move a response to “cancel culture,” incorrectly claiming that the movies have been removed from the service altogether. So what is actually happening to these classic films?

Is Disney Plus removing movies over racist characters?

No, Disney Plus isn’t pulling movies like Dumbo and Peter Pan from the streaming service. Instead, a small selection of films have been removed from the platform’s dedicated ‘Kids’ profiles, while the following advisory label also briefly appears ahead of each film for adult viewers:

“This program includes negative depictions and/or mistreatment of people or cultures. These stereotypes were wrong then and are wrong now. Rather than remove this content, we want to acknowledge its harmful impact, learn from it and spark conversation to create a more inclusive future together.

Disney is committed to creating stories with inspirational and aspirational themes that reflect the rich diversity of the human experience around the globe.”

The change was made as part of Disney’s ‘Stories Matter‘ initiative, its “ongoing commitment to diversity and inclusion” that has seen the company reviewing its extensive library of media. Aside from 1946’s extremely controversial Song of the South, Disney has not refused to add problematic content from its back catalog to Disney Plus, nor has it pulled films or TV shows from the service. Instead, the company adds its advisory label to media it believes to be offensive by modern standards, hoping to “spark conversation and open dialogue on history that affects us all.”

Disney explained its reasoning behind adding advisory labels to certain films, outlining the stereotypical depictions of various characters. The company said that Dumbo’s crows and their musical number “pay homage to racist minstrel shows,” Peter Pan’s Native people were depicted “in a stereotypical manner that reflects neither the diversity of Native peoples nor their authentic cultural traditions,” and that Aristocats featured a cat that is “a racist caricature of East Asian peoples with exaggerated stereotypical traits such as slanted eyes and buck teeth.”

Now, while Disney Plus users will still be able to stream these movies, they won’t be available on ‘Kids’ accounts. This ensures that children won’t stumble upon movies that feature harmful depictions of racist stereotypes without their parents’ knowledge. All movies can still be viewed on regular profiles with no changes having been made to them, aside from the brief advisory label added before they’re played.

In other Disney Plus news, viewers were left scratching their heads over WandaVision episode 9, forming their own theories on the series’ conclusion. Many have also been wondering if a game based on The Mandalorian will be released, and if Cruella will be coming to the streaming service.