Is Roblox Shutting Down in 2022? Know the Truth Here! 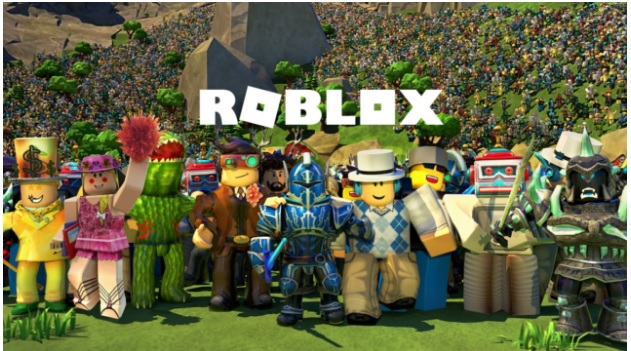 Roblox is one of the popular gaming platforms that lets you play and create games. Roblox has been around for a long time now. Players of all ages can interact safely and have fun. Over the years it has become increasingly popular. Is Roblox shutting down? This is a question that has been asked by many players. It is the rumor that is floating in the air many times. Now, it has sparked flames. Players are wondering if it is really going to happen? In this post, you will get to know if Roblox is Shutting down in 2022? or just a rumor. Let’s find out here by reading the complete post.

Roblox is a popular gaming platform that was founded in2004 and officially launched in 2006. Roblox was created by David Baszucki and Erik Cassel in 2004. When more improvements were added, it became bigger and better. In 2012, Roblox came to mobile via iOS and then expanded to even Android, Xbox One, and VR. Roblox is a favorite of teens and well as adults.

You can play on your own or with friends and family, either on PC, consoles or mobile devices, using Roblox’s app. The impressive thing is that in early 2020, Roblox was worth $4 billion. It gives the opportunity to the players all around the world to build something from the ground up. It has grown to 150 million monthly users especially due to the pandemic and everyone being home playing games. Since Roblox lets you create games, there’s even more opportunity to earn money from it. It has a strong fan base. we can’t think that this successful platform will go offline anytime.

The answer is no, Roblox is not shutting down. In fact, the official Twitter account has cleared up this rumor by tweeting that it is a hoax. This rumor seems to crop up every year or so. The game will remain open, and users can continue to play it whenever they want. There are no plans for shuttering the platform or closing any of its services in the near future; this means that you can still enjoy Roblox at school, home or work!

There was speculation that Roblox would be shutting down because of some websites posting fake news about it, but there is no indication from the company itself that this is happening anytime soon. The rumors are just not true, and everyone can continue playing like normal.

The news of Roblox shutting down is completely fake. There is no indication that this will be happening anytime soon, and the company wants everyone to continue playing its game!

Well, we would like to inform our users that it doesn’t seem practical for the game to shut down with over a 90 million player base.

Where did the Roblox shutting down rumor originate?

Recently, the Roblox shutting down rumors sparked when Roblox went down for more than 48 hours during the Halloween weekend. It faced a server problem that completely turned off the platform, its website, and even the support pages.

Roblox’s Twitter handle addressed the issue and declared that they have identified an underlying cause, and trying hard to get Roblox up as soon as possible.

Apart from that, the rumors have been originating since 2019. In March 2020, React2424 which is a prank website posted an article about Roblox shutting down to prank the readers. However, some innocent readers fell for the prank and believed it to be true.

Will Roblox ever shut down?

We don’t think that Roblox will be going to shut down in near future. Roblox shutting down is not imminent as we saw many big players in their industries like Blackberry, HTC, and various others shut down. So, no one is immortal here.

Well, this is everything about Is Roblox Shutting Down. Roblox is not going to shut down in near future. I hope you will find this post informative. In case of any queries, feel free to ask in the comments section below.

Share
Facebook
Twitter
Pinterest
WhatsApp
Previous articleApple iPhone Users In India Can No Longer Use Credit, Debit Cards To Buy Apps: Here’s What You Need To Do
Next articleAmazon will no longer allow users to purchase Kindle books on Android