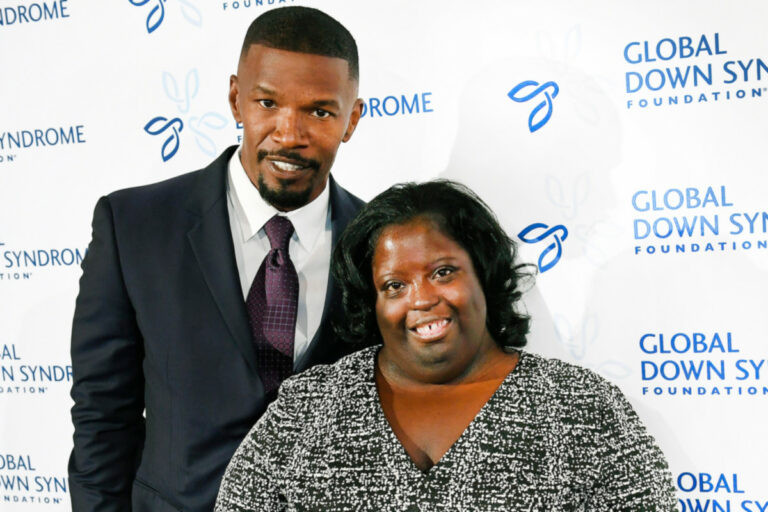 Jamie Foxx memorialized his younger sister, DeOndra Dixon, who died at 36, via Instagram on Monday, writing “My heart is shattered into a million pieces.”

“My beautiful loving sister Deondra has transitioned,” Foxx, 52, wrote alongside a black-and-white photo of the two. “I say transitioned because she will always be alive… anyone who knew my sis… knew that she was a bright light…” People magazine reported that Dixon died Oct. 19.

“I can’t tell you how many times we have had parties at the house where she has got on the dance floor and stolen the show…” Foxx’s caption continued. “Well I know she is in heaven now dancing with her wings on … tho my pain is unbelievable I smile when I think of all of the great memories that she left me… my family… and her friends… from dancing in the blame it video… to Dancing on the Grammys… And becoming The ambassador to @globaldownsyndrome… from sliding down my stairs with a grin as wide as the rio grand… to serenading us with all of her music…”

“Deondra you have left A hole in my heart… but I will fill it with all of the memories that you gave me … I love you with every ounce of me… our family is shattered but we will put the pieces back together with your love… and y’all please keep my family in your prayers… 💔💔💔.”

DeOndra began competing in the Special Olympics as a sixth-grader, continuing with the event for nearly 10 years. After graduating high school in Texas in 2002, she relocated to California, moving in with Foxx.

Foxx told Dateline in 2018 that DeOndra, who had a lifelong love of dance and appeared onstage with Foxx several times, including, taught him “how to live.”

“Sometimes we get caught up in our world on the extras of everything — ‘Ah, the Mercedes is not the right color!’ And then you see this girl over here, ‘I just want to live. I want to dance. I want to love.’ So she brings you back down to what life is.”