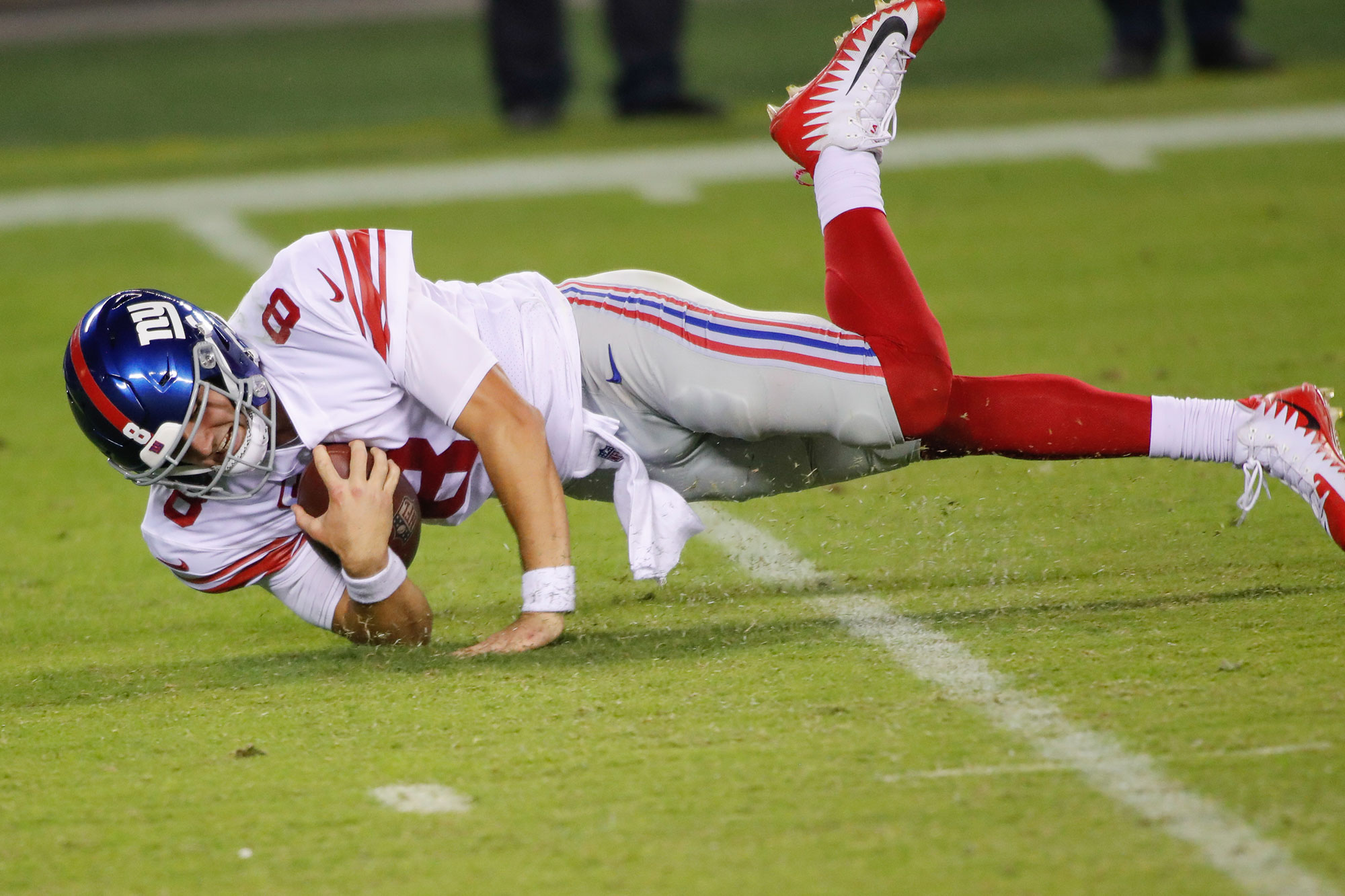 The turf-monster tackle on Giants quarterback Daniel Jones is the newest viral meme on social media.

“Internally, that’s something eventually we will be able to laugh about,” Giants coach Joe Judge said. “The Internet is undefeated. There are funny things all over the place. You just have to have a sense of humor. You have to be able to laugh at yourself sometimes.”

From a football standpoint, Jones’ 80-yard run on a read-option keeper around the edge – before he tripped over his own feet trying to find an extra gear in open space – was a momentum-changer for the Giants. Jones was touched down at the 8-yard line and Wayne Gallman finished the drive with the go-ahead score.

“I thought he made a nice run,” Judge said. “We’d like him to stay up and finish it. He stumbled. That’s something you don’t want to happen. I thought Jason [Garrett] made a good call at the right time and Daniel did a good job on the mesh as far as hiding that thing, disguising and pulling it. It was a really nice run for the team, put us in a good position to score and the team capitalized.”