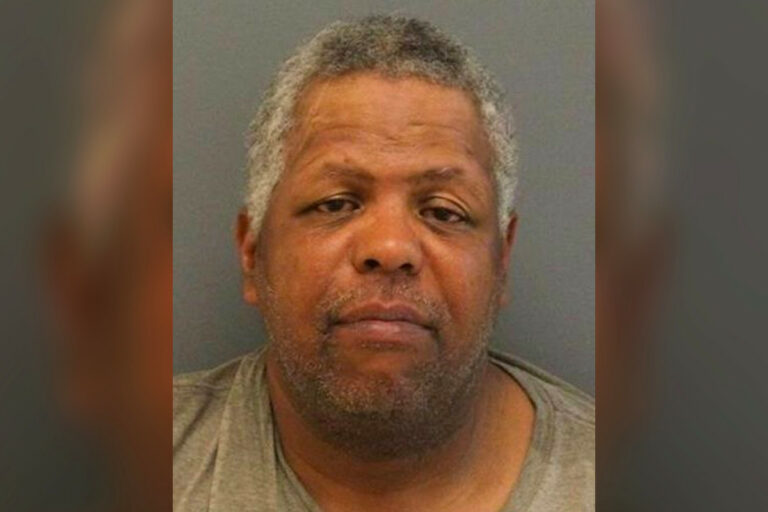 A Virginia couple’s unwanted houseguest is accused of fatally stabbing a homeowner when he was asked to leave, police said.

Charles “Skip” Ashley, 52, had been staying intermittently at the couple’s home in Newport News for the past two months when homeowner Daniel Sean Page told him late last week he was no longer welcome there, according to court documents cited by The Daily Press.

Page, 49, was sleeping on a couch late Saturday when his girlfriend walked in and spotted Ashley standing nearby, police wrote in a criminal complaint.

That prompted Page to wake up and confront Ashley, telling him to leave “as he was not welcome,” Det. J.R. Howser wrote.

Page’s girlfriend then saw Ashley pull something out of his pocket and “make forward movements with his right hand” while attacking her boyfriend, the complaint states.

“Skip, are you stabbing me?” Page asked, according to the complaint.

Page’s girlfriend tugged at Ashley’s jacket, but fled the home “when she saw blood” and locked herself in a vehicle in the front yard while calling 911, police said.

Responding cops found Page stabbed multiple times inside the home. He was pronounced dead at a hospital about an hour later, the newspaper reported.

Page’s girlfriend, meanwhile, told officers she only knew Ashley as “Skip” while giving them a description of her boyfriend’s attacker.

Hours later, he was arrested early Sunday while riding his bike with two knives in his possession, police said.

Ashley denied being at the couple’s home, but Page’s girlfriend insisted to police that detectives had tracked down the man who fatally stabbed her boyfriend, the newspaper reported.

Ashley, who is listed as unemployed in arrest records, was ordered held without bond at the Newport News City Jail during his arraignment Monday on a charge of second-degree murder.

He was also given 10 days in jail for each of two outbursts toward a judge during the proceeding, allegedly saying “f—k you” and “kiss my a–,” the newspaper reported.

Ashley is due back in court on Dec. 9. It’s unclear if he’s hired an attorney.