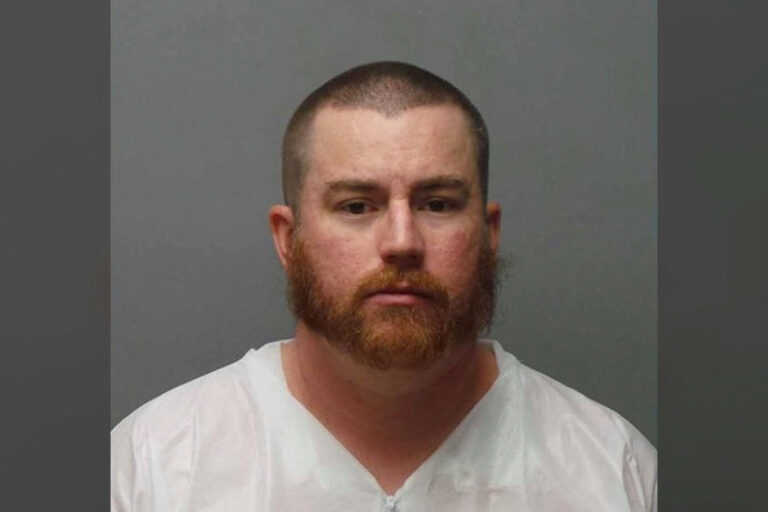 A Missouri man admitted to fatally shooting his wife — after she told him he wouldn’t pull the trigger during an argument at their home, police said.

Aaron Guilliams, 31, was arrested late Sunday at the couple’s residence in St. Charles, where Crystal Hanshew, 34, was found dead with a gunshot wound to the head following a dispute that “turned violent,” police said Monday.

Guilliams, who had been married to Hanshew for just 8 months, allegedly admitted to shooting his wife. There had been no prior reports of domestic violence involving the pair, police said.

Guilliams told responding cops Hanshew hit him in the face as she was “flailing her arms” while they argued in a hallway, according to a probable cause statement obtained by the St. Louis Post-Dispatch.

That sent Guilliams to the couple’s bedroom, where he grabbed a .45-caliber semi-automatic pistol and pointed the gun at Hanshew’s face while telling her he never should’ve married her, according to the probable cause statement.

Hanshew then told Guilliams he wouldn’t pull the trigger before he opened fire, the statement said.

A .45-caliber handgun believed to be the weapon used to shoot Hanshew was recovered from the couple’s home, police said.

Guilliams, who has been charged with first-degree murder and armed criminal action, remained in custody Wednesday at the St. Charles County Jail on $500,000 bond. It’s unclear if he’s hired an attorney.