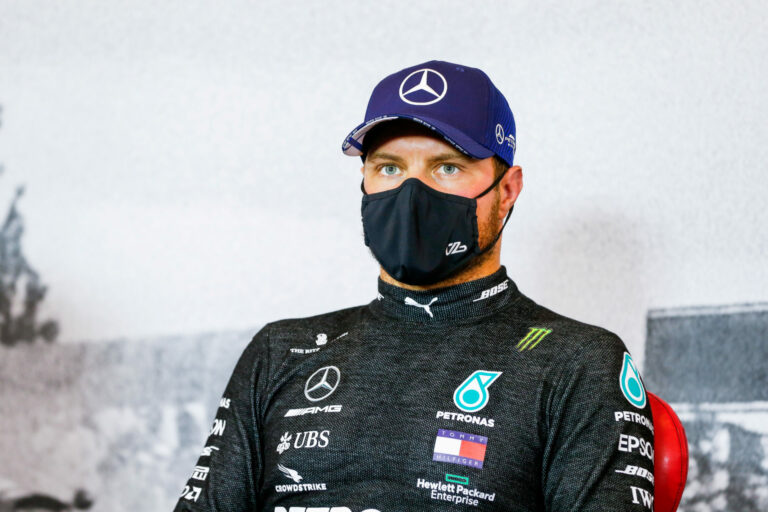 Valtteri Bottas had a devastating retirement in the Eifel Grand Prix. After starting on pole and fighting for the championship, Bottas had an early retirement from the race. He was visibly distraught in the post-race interview.

According to initial reports, Mercedes’ MGU-H system was stated to be the perpetrator. However, further investigation revealed that the real culprit was the Control Electronics unit.

The Formula 1 website has now reported that the issue was with the Control Electronics on Valtteri’s silver arrow.

According to the report, Toto Wolff stated, “We have identified a failed electrical component in the Control Electronics as the cause of the problem, and the evidence suggests that swift action in retiring the car prevented mechanical damage to his power unit.”

The effect of retirement on Valtteri Bottas’ Championship hopes

Before Eifel Grand Prix, the Finn was 44 points behind Lewis Hamilton. Sitting at pole position, Valtteri Bottas had an advantage and a race win could have made the championship fight more interesting.

Unfortunately, Bottas could only manage a DNF result. Lewis Hamilton managed to record his 91st victory, increasing his championship lead to 69 points.

A DNF result is understandably rough for any driver.

Mercedes team boss, Toto Wolff said, “A DNF is always tough for a driver, but one of Valtteri’s biggest strengths is his resilience and his ability to bounce back, so I’m sure he’ll be eager to hit the track in Portugal.”

This weekend Formula 1 is going to the second new circuit of the season – Portimao. Like Mugello, it will surely add some variability and excitement to the race. It will hopefully excite the drivers standing too.

The race win at Portimao is important for Valtteri Bottas to stay in the championship race. Meanwhile, the silver arrows have a chance to seal the constructor’s championship this weekend at the Portuguese Grand Prix.

A win for Lewis Hamilton at Portimao will make him the driver with most Formula 1 race wins. Therefore, the exciting Portimao could decide the fate of the 2021 Formula 1 championships.

Your friendly-neighborhood-Lawyerman currently pursuing Sports Management to work and pioneer in Sponsorships, Negotiations, Athlete Representation, and content creation within the Indian Sports Industry.