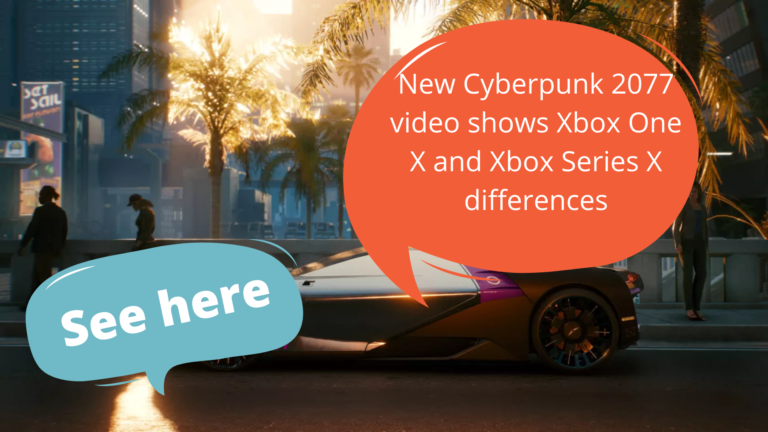 Have you watched the Cyberpunk 2077 video depicting differences between Xbox One X and Xbox Series X? If yes, that’s great! But if you haven’t watched, you do not have to worry about it and you can go through this article to get a crystal clear idea about video and differences.

If you are thinking to buy a console, this video surely is helpful for you. You can see how clear the graphics are and how differences lie. Project Red Scarlet’s Cyberpunk 2077 was scheduled to release in April 2020 but due to pandemic, the release date shifted to September than November. And Finally, the new date is December 10, 2020. So, Players are just less than a month away from entering into a Night City designed by the team behind The Witcher. Thank you for your patience!

“A PlayStation gameplay video is also planned for release,” CD Projekt said in a news release, “with a specific date set to be revealed in the near future via the game’s official channels.”

A video is outplaying of Cyberpunk 2077 on Microsoft’s Xbox One X and Xbox Series X. We would like to share some key points about the video here.

The Video is playing with backward compatibility and this is good for the players who are not buying any new console right now. The link to the video is shared at the end of this article. Do watch!

I guess you loved reading this piece of information. Share your feedback. Thank you!