PlayStation Plus Free Games for May 2022 Are Available Now! Check all details 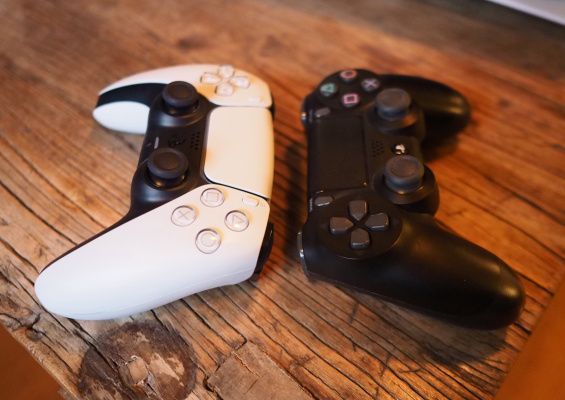 PlayStation Plus lineup games for May reveals. PlayStation Plus members can enjoy FIFA 22, Tribes of Midgard, and Curse of the Dead Gods from Tuesday, May 3* when the three games are available to add to your game library. This month’s lineup also includes a bonus FIFA 22 FUT pack, exclusive to PlayStation Plus.

PS Plus Games March 2022 for PS4 and PS5 will be added to the roster this month. Players can also add the list to their library if they have an active PS Plus subscription.

PlayStation Plus Free Games for May 2022 which are set to release this month are listed below:

PlayStation Plus free games for May 2022

Available on PS4 and PS5. Tribes of Midgard is a genre-bending co-op game that features action gameplay, survival elements, and a roguelike structure. Players must travel to Midgard to claim resources and treasures before returning to the village and defending it against attacks every night.

Legends is a standalone, cooperative multiplayer variant of the original Ghost of Tsushima game. Players can pick between four classes – Ronin, Assassin, Samurai, or Hunter, and head into story missions, where they could team up with a friend and complete a set of 10 arcs. You can download this game on the Playstation 5 and Playstation 4

Controlling one of the 15 characters from the Sonic series’ cast, players can jump into SEGA’s arcade-style racer, to perform tricks, drift along the tracks, and collect power-ups to gain an edge over others. There are a lot of customization options, time trials, and a story-driven tutorial campaign to get you accustomed to the basics. Team Sonic Racing can only be downloaded on the PlayStation 4.

In Ark, it will throw you into a mysterious island. You will find dinosaurs and other prehistoric animals roaming the land. Spawning in the most primitive way possible, players need to find resources, craft weapons, build shelters, and do everything in their power to stay alive. For food and clothing (leather), you can hunt the local wildlife or tame them to use as rides and traverse the world.

Ghostrunner offers a unique single-player experience. Set in the grim cyberpunk megastructure called Dharma Tower, our objective is to climb to the top and confront the tyrannical Keymaster to exact revenge. There are some one-hit one-kill mechanics as well, making the combat fast and intense

Facebook to stop ‘Nearby Friends’, weather alerts and other location-based features soon