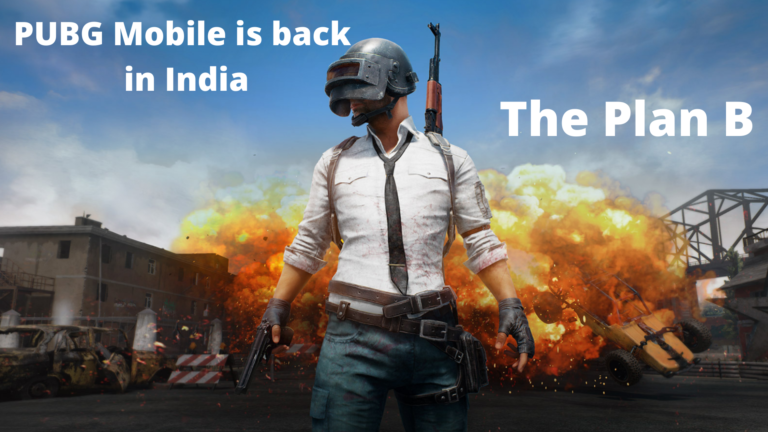 PUBG players, Is it true that “PUBG mobile is back in India”? Back in September, the PUBG game was banned in India by the Indian Government due to security concerns. Now, PUBG corporation has decided to launch a PUBG game exclusively for India. This time the PUBG Corporation had said that Tencent Games is not going to authorize games in India. Go through the article below to know the details regarding PUBG Mobile India.

PUBG mobile comes top of all Battle Royale games and has made a significant place in the genre. Starting from a single player to create a team or join troops, participate in fights, win and have a special dinner with your friends. Do you think PUBG Mobile India is going to bring something new? If yes, then what it is. Here we come up with some special details about PUBG Mobile India.

After the Ban of the game in India, the game was still playable on some devices that have already installed the game. On October 29, the PUBG Mobile team shared a post on Facebook reflecting the complete shutdown of the remaining pieces of India. Here is what they said!

“Tencent Games will terminate all service and access for users in India to PUBG MOBILE Nordic Map: Livik and PUBG MOBILE Lite (together, “PUBG Mobile”) on October 30, 2020. The rights to publish PUBG MOBILE in India will be returned to the owner of the PUBG intellectual property.”

PUBG Corporation announced that it is preparing to launch a completely new game “PUBG Mobile India” exclusively for Indian Market. They added that “The new game will enhance data security for players and will follow local rules and regulations”. They stated that “there will be regular verifications on the storage systems that store the personal information of Indian users in order to make sure that there will be no security breaches in the future.” They ensure safety for both developers and players.

The Release Date of the game is yet not out but it is now confirmed that the game is coming soon. According to our verdict, the game will be launched in India by the end of November.

Improvements in the game: PUBG Mobile is back in India

PUBG developers have said that they will improve in-game content and also customize the local content.”  The changes include

These changes are truly needed and will improve the gameplay for sure.

PUBG Corporation establishes a local office and for that, they will hire about over 100 employees to improve communications and services with players. Also, the company is thinking of get-together with local businesses to strengthen its gaming service. Lastly, PUBG Corporation(and parent company Krafton) is ensuring to make 746 crore investments in India to “develop the local video game, e-sports, entertainment, and IT industries.”

Whether it may be November end or December end, PUBG mobile is back in India soon! So keep your fingers crossed as your favorite game is coming back with more security features.

I hope you would love reading this information. Share your feedback. Thank you!