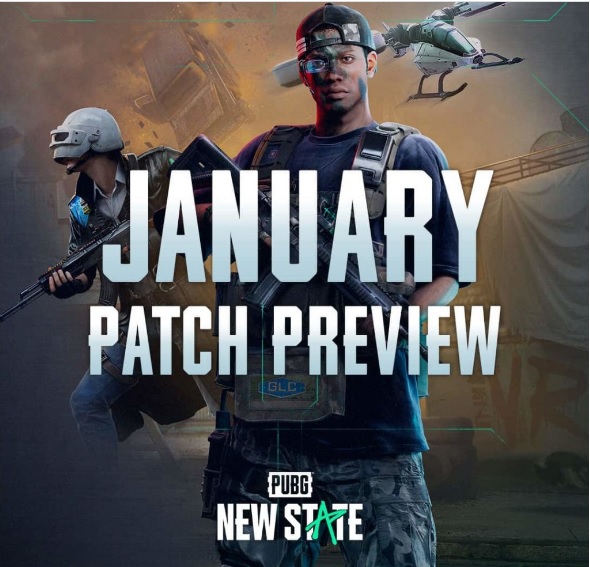 The January update v0.9.23 for PUBG: New State is all set to roll out this week. With this new update, the game is set to get a bunch of new additions. It includes new game modes, new guns, new attachments, and more. PUBG New State releases patch notes for this January update. Let’s have a look at all the new Game content

PUBG: New State will add a new BR Extreme mode to the Troi map. This will offer players a speedy, fast-paced game. Each match in this game mode will be 20 minutes long and will feature a total of 64 players. The gameplay area will be selected at random and will change with each map.

When you begin the game, some pieces of equipment will add to your backpack. This includes a P1911 handgun, a smoke grenade, 300 Drone Credits, and full-charged boost meters. Players will also jump out of the plane at a lower altitude so players can land faster. Further, two Care Packages will be dropped at random locations at the start of the map.

It will also increase the quantity of vehicles and items across the map. The Delivery Drones will also arrive faster to facilitate faster gearing up. Finally, the wait time before redeploying teammates has been reduced to 60 seconds.

DP-28 Mule Slot access–  DP-28 will get a muzzle slot access that will allow players to attach a Flash Hider, or a Compensator.

Beryl M752 Lightweight stock- The Beryl M752 can now be customised with a lightweight stock. This will reduce bullet spread with firing from the hip or shoulder while increasing ADS Speed. However, this will also reduce weapon stability.

DSR-1: It will no longer decrese the bullet speed. Instead, it will increase the vertical recoil

Parkour Roll- When players jump from high building, it is certain that you are going to deal with high damage. The game brings anew feature of Parkour Roll. By this feature you can perform a roll to break your fall by tapping the Roll button when you are about to hit the ground. It is not only helpful for juping from high building but also to get out from the moving vehicle.

The developers also added new animations that will allow for a smoother and faster.

Also read: PlayStation VR2: PSVR 2 specs, features, and everything you need to know