The Market Mail Every latest news update
Home Technology gaming PUBG New State will be getting a new EV hypercar soon, here are the details 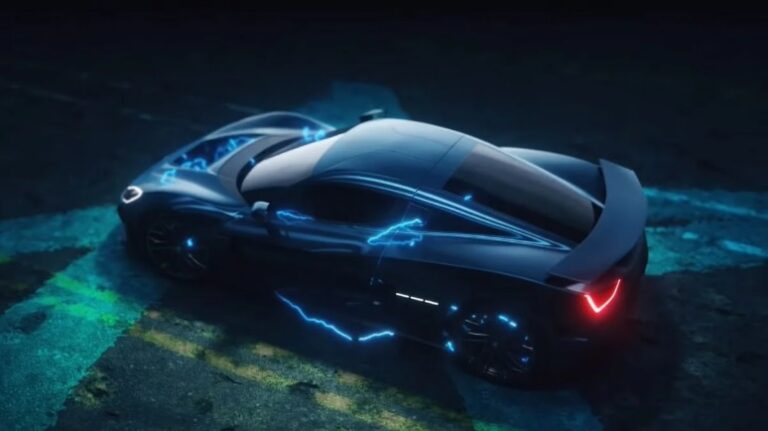 PUBG New State partners with Croatian electric hypercar manufacturer Rimac. The new collaboration with Rimac will add a new Automobili to the list. Players will get a new EV Hypercar in the next update. The upcoming EV hypercar coming to the PUBG: New State is most likely to be the Rimac Nevera.

The developers shared a glimpse new hypercar vehicle in a short 23-second video clip. Krafton didn’t mention the exact release date. Rimac Nevera will become available to players in the Troi map but did not mention when players will be able to drive the car in the game. As of now, the specifications of the hypercar in the game are unknown.

Rimac Nevera is the second vehicle from the Croatian hypercar. It is the two-seater electric hypercar is powered by a 120kWhr battery that churns out 1,914hp with 13,430Nm of wheel torque and is capable of maxing out at 412kmph. Powered by four independent electric motors – one on each wheel – it can hit 0-100kmph in a claimed 1.93 seconds. It also has a claimed range of 550 kilometers.

Earlier this month, Krafton teases a new map by sharing three images that gave us a glimpse of what’s to come. The map appears to have a mix of plains and hills as well as modern buildings and a central city tower.

The company releases the statement:

“We’ve been busy preparing a lot of new content, which we plan on rolling out in 2022. The first batch of major updates will be released in the first two months of 2022, and the details will be revealed at a later date.”

Besides this, Krafton will also be offering rewards as part of the New Year celebration. The players receive a “surprise gift” and a free coupon for free Chicken Medals and Royale Chest box tickets. According to the reward list, players will receive 6 Chicken Medals and 3 Royal Chest Tickets. The rewards are available until January 10th.