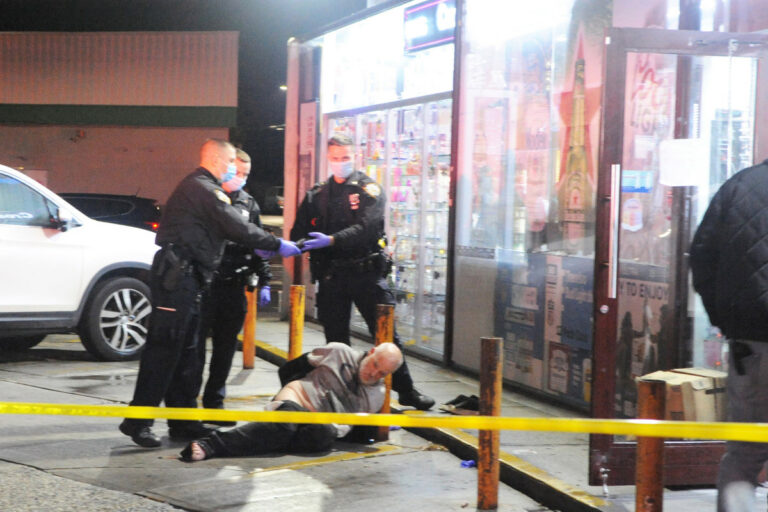 A Queens deli employee died after he was blasted by a homeless gunman — who was ultimately held down by an off-duty cop and arrested, authorities said.

Two employees, 26-year-old Mohmediyan Tarwala and a 32-year-old man, escorted him out of the store, according to authorities.

But Cohen went back inside and allegedly shot Tarwala, striking him in the stomach, cops said.

Cohen also fired at the other employee, but missed, according to police.

Off-duty cop Jason Maharaj of Brooklyn’s 77th Precinct — who happened to be inside the store — tackled Cohen, took his gun from him and arrested him, cops said.

“While he’s inside, he hears a gunshot,” Police Commissioner Dermot Shea said on NY1 Tuesday of Maharaj’s actions. “And when he when he looks, he sees the individual with the gun and makes a tactical decision — [he] tackles the individual, gets the gun [and] holds him for the responding police officers.”

“And as I said, tragically, the individual who was shot, his life could not be saved, but you know, [I’m] awfully proud of the work of the police officer, [his] heroic actions,” the top cop added.

The NYPD’s preliminary investigation reveals that Cohen was known to the store and “would frequently come in, cause some problems,” Shea told NY1.

“It appears that there was a bit of a feud going on between the store and this individual for some time,” he said.

Cohen may have been sleeping in a car in the area, Shea said.

He has been charged with murder, attempted murder and criminal use of a firearm, cops said.