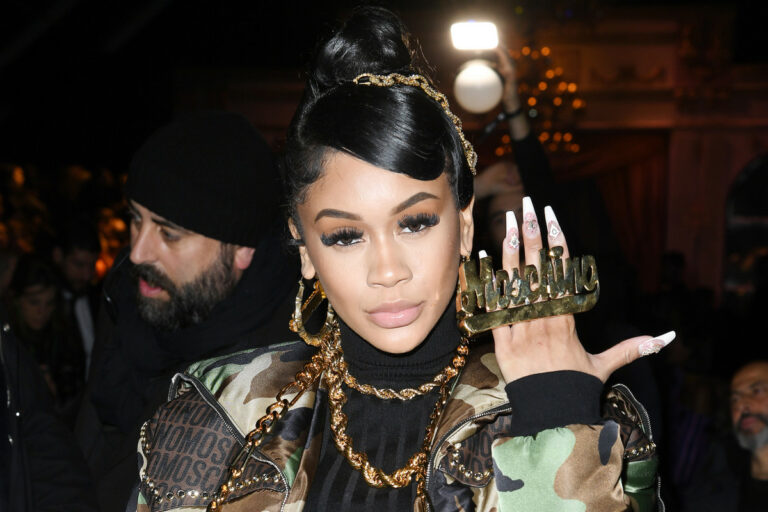 Hey ladies, does your man buy you Birkins? If not, kick him to the curb.

That’s the gospel of rapper Saweetie, who was seen in a video spreading her message with boyfriend Quavo at her side Thursday night.

“If he not getting you a Birkin, if he not paying for your bills, then throw that n—a back to the streets,” the 26-year-old preaches in the Instagram Live Story, as Quavo smokes in the background. The 29-year-old, who is part of rap trio Migos, then walks towards the camera and shrugs in agreement with his girlfriend.

The now-viral video, which was reposted by The Shade Room, got more than 3.3 million videos overnight on that account alone, in addition to countless views elsewhere on social media.

Fans had a mixed reaction to her expensive advice, with some calling the Hermès handbags overpriced and overrated.

“Not everyone can afford a Birkin.. ladies please stop following a trend,” wrote one hater. “Birkin bags literally look like the purses they sell at Marshall’s and Ross,” added another on Instagram.

One practical Twitter user suggested another way to use $20,000 instead of buying a purse. “I’d rather pay off her student loans than spend $20k+ on a Birkin bag,” he wrote.

Another Twitter fan called out Saweetie, who was celebrating the launch of her new single “Back to the Streets” Thursday night, for asking a man to buy a Birkin for her.

“But can YOU buy YOU a Birkin? Can YOU afford the lifestyle you are trying to live? Are you looking for a sponsor or a partner?…” the fan wrote.

Saweetie, whose real name is Diamanté Quiava Valentin Harper, released the new track featuring Jhené Aiko on Friday. It will be on her forthcoming debut album “Pretty B*tch Music,” which does not yet have a release date.

It’s not the first time the “Tap In” rapper has waxed poetic about Birkins. She’s posed on Instagram with them before and the “Icy Girl” rapper even posted videos playing with the Birkins like dolls. Saweetie also created an Instagram handle, @birkinbagbratz, to show off her collection.

And it turns out that Quavo, whose real name is Quavious Keyate Marshall, is a good partner in Saweetie’s eyes. In July for her birthday, he bought her two Birkin bags to celebrate, BET reported, which caused her to twerk and drop into a split.