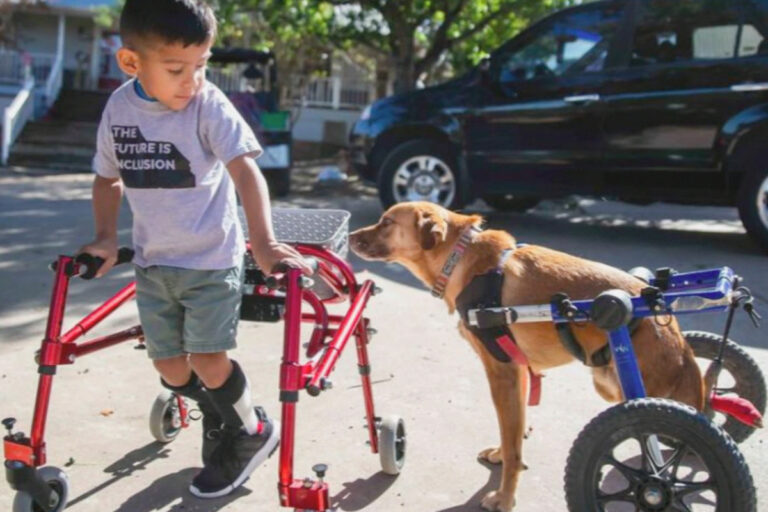 Richard Linklater is pivoting from suburban ennui to man’s four-legged friends in “That Animal Rescue Show.”

Premiering Thursday, Oct. 29 on CBS All Access, each episode of the docuseries looks at a different animal rescue organization around Linklater’s hometown of Austin, TX.

“I hadn’t really done any TV or anything, and I wasn’t really trying to,” Linklater, 60, tells The Post.

“But I was getting to know some animal rescue people, and thought, ‘What an interesting subculture.’ It’s the same impulse you’d have to make a movie and put some story or characters that you care about out into the world. I think people would get a lot out of it. People want to be closer to animals. We have our dogs and cats and pet birds, but people are generally far removed from farm animals and wildlife — urban America in particular.”

The Oscar-nominated filmmaker is best known for his slice-of-life movies capturing youth and longing such as 1993 cult hit “Dazed and Confused” (which launched Matthew Matthew McConaughey’s infamous ‘Alright’ catchphrase), the Golden Globe winning “Boyhood,” The “Before” trilogy, and “School of Rock,” among others.

Executive producing an unscripted small screen series is a change of pace for him, but one that felt natural, since Linklater himself has a bevy of four-legged friends.

“I think the current headcount is 4 pigs, 3 donkeys, 3 goats, a lot of ducks, 8 hens, and 2 turkeys recently. [‘That Animal Rescue Show’ is] so night and day different from what I usually do. Documentary…is not how I think naturally, but it was right for this show. Ultimately, TV is a producer medium more than a director medium.”

However, as much as the show’s format was an adjustment for Linklater, the setting came naturally to the native Texan.

“This was where I got to know people, and one group led to another, and we were able to round out the show,” he says. “You could probably drop into a lot of communities around the world and do the same show. It’s certainly not exclusive to central Texas. This work is being done everywhere. But it was familiar to me, and it is the home of the only pig pageant in the world. Austin is a little quirky.”

Organizations featured in “That Animal Rescue Show” include Safe In Austin; Central Texas Pig Rescue; and Paws In Prison, which takes dogs to a women’s correctional facility for the inmates to train.

The show also covers the stories of people such as Central Texas Pig Rescue founder Dan Illescas, who says onscreen that he feels a connection to the often neglected animal because he spent his own childhood in and out of foster care.

“If you really think about the show, it’s sort of a 180 degree opposite of ‘Tiger King’ or something where you get these sleazy people exploiting the animals for money,” says Linklater.

“This is the opposite. There are some saintly people who are really spending their days helping people and animals and really putting time and energy into saving animals’ lives. I just think the people behind [animal rescue organizations] are the best kinds of people — just giving of themselves.”