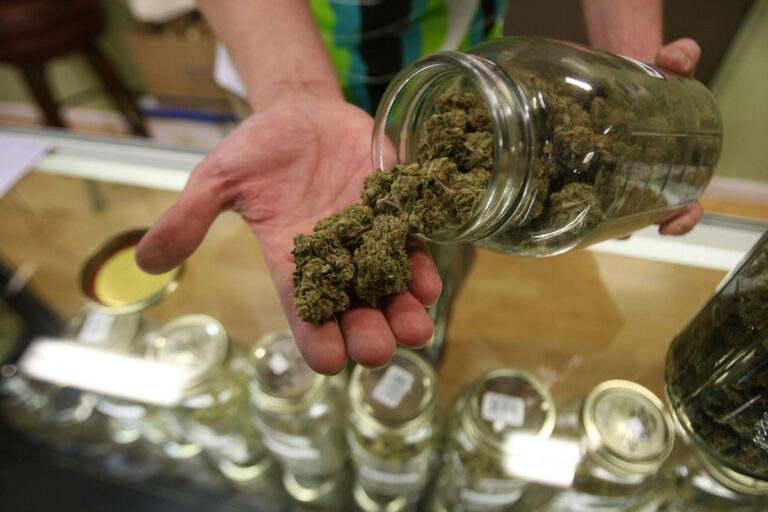 Election Day hit a high note in several states with the passage of a number of pro-drug measures — ranging from the decriminalization of low amounts of cocaine and heroin in Oregon to the legalization of recreational marijuana in New Jersey and Arizona.

Weed was just one of the many pressing issues decided at the polls, with 15 states now OKing recreational use and three dozen on board with pot for medicinal purposes — sparking a spike in “how to roll a joint” Google searches.

Here’s a breakdown of the measures approved in each state.

Voters were trippin’ in the West Coast state, approving two landmark measures — one to legalize psychedelic mushrooms and another that decriminalizes small amounts of illegal drugs.

Measure 109 passed with more than 56 percent of the vote, making Oregon the first state in the nation to allow supervised use of psilocybin, or magic mushrooms. It will allow for regulated use of ‘shrooms in a therapeutic setting, Oregon Live reported.

Citizens also approved Measure 110, making Oregon the only state in the country to decriminalize small amounts of drugs, including cocaine, heroin, oxycodone and methamphetamine, and reclassify the offense as a civil violation with a $100 fine, Oregon Public Broadcasting reported.

A person can avoid paying the fee, however, by agreeing to participate in a health assessment. Selling and manufacturing drugs is still illegal.

Measure 110, which takes effect on Feb. 1, was passed with a more than 58 percent vote, with 81 percent of precincts reporting. It will also fund health assessments, addiction treatment, harm-reduction efforts and other services for addicts, with the money coming from revenues from legalized marijuana, which was approved in the state several years ago.

The Garden State just got greener with voters overwhelmingly approving to legalize recreational use of marijuana. The law doesn’t go into effect until Jan. 1 — but there are still finer details to hammer out, including how much weed a person can purchase and who’s allowed to sell it.

The state Legislature now has to pass another measure to set up the budding marketplace.

States that have come before Jersey have limited personal possession to between 1 and 2.5 ounces.

Sales will be subject to a 6.6 percent sales tax and likely an additional 2 percent tax levied by municipalities.

Pot is now also legal in Arizona — 1 ounce for adults 21 and older, to be precise. Proposition 207 sets up a licensing system for retail sales of the drug, which could begin as early as March, according to AZ Central. People will also be allowed to grow up to six plants at home.

The measure will allow for the state’s 120 medical-marijuana dispensaries to sell the drug to anyone over 21 and creates a special “social equity” license for communities historically hurt by marijuana laws.

It also allows people convicted of certain marijuana crimes to seek expungement of their records.

Joint initiatives were passed on Election Day in South Dakota — one approving recreational marijuana and another to greenlight medical marijuana.

Amendment A allows for adults 21 and older to possess and distribute up to 1 ounce of pot, while medical patients with a registration card can have up to 3 ounces, according to KTIV.

Two marijuana-related measures were passed by voters that together legalize recreational use of marijuana, the Great Falls Tribune reported. One establishes a 20 percent tax on pot and the option for individual counties to prohibit dispensaries, while the other sets the minimum buying age to 21. Possession or use of up to 1 ounce was approved.

People with marijuana-related convictions can also seek resentencing or expungement.

Montana residents would be allowed to possess, use, and grow marijuana on Jan. 1.

The nation’s capital likely joins at least five other US cities in decriminalizing magic mushrooms and other psychedelic drugs and recategorizing them as “the lowest law enforcement priorities,” the Washington Post said.

A medical marijuana program will be in place by August 2021.