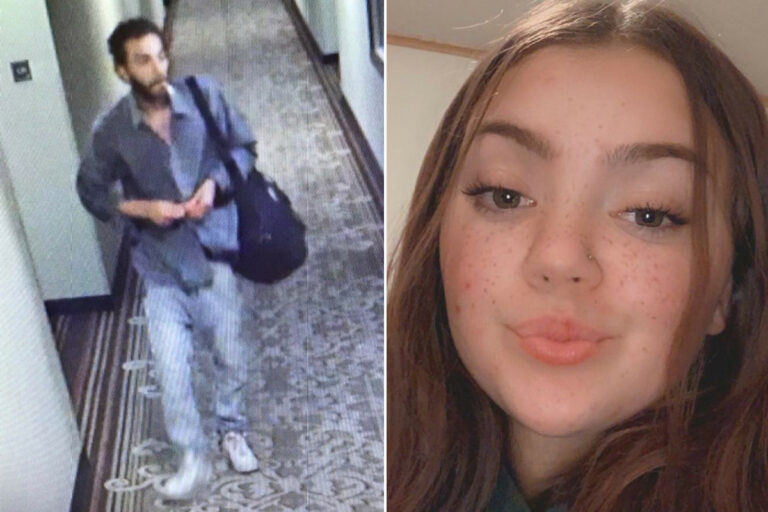 A 16-year-old girl working at a Nevada McDonald’s was fatally shot on the job on Sunday night, authorities said.

Kylee Leniz was at the drive-thru window of the fast foot restaurant in Elko, Nev., when a gunman shot her through the glass, according to police.

Leniz, a student at Elko High School, was taken to a nearby hospital, but could not be saved, police said.

The suspected shooter, identified by police as 24-year-old Michael Mullis, initially fled the scene. But on Monday he turned himself into police custody, authorities said.

He was charged with open murder.

Investigators believe the shooting to be random. Police said it does not appear that Leniz and her suspected killer knew each other.

“It is with a heavy heart that we lost one of our Elko employees and are deeply saddened by the tragedy that occurred,” Chris Kassity, McDonald’s owner-operator, told the Elko Daily Free Press in a statement.

“Our thoughts and prayers are with the family of the employee during this deeply difficult time. We are fully cooperating with local law enforcement as they continue to investigate this tragedy,” he said.