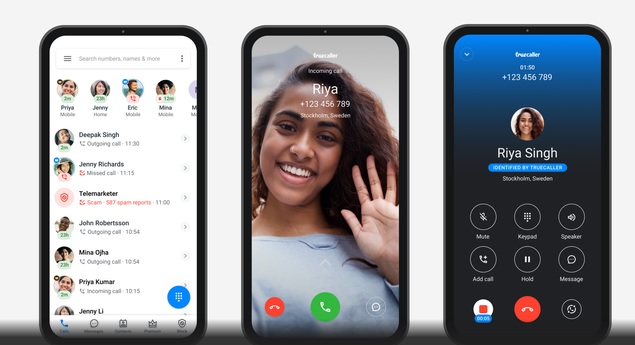 Truecaller announces a series of new features as part of its “Truecaller Version 12” update. Some of these features include video caller ID, call recording, and a completely new interface for users. With this, Truecaller is deeming the update as the “best version of Truecaller yet.”

All these new features will allow people to enjoy and exercise greater control over their communication, offering a safe, fun, and fulfilling experience at the same time.

The company has said that it reached 300 million monthly active users globally, and out of which 220 million users are from India alone. The new features are available only for Android users. This app is available on iOS but the features are limited due to Apple’s restrictions.

With the new update, A total of five features announces. Among these, some will be exclusively available for premium members.

As the name suggests, Video Caller ID allows users to set a short video that plays automatically when they call friends and family. Users can choose from one of the built-in video templates or record their own video. This feature will be available for all Truecaller Android users.

Truecaller will introduce the Call Recording feature as a Premium-only feature on Truecaller. The new update will now make it available to everyone running Android 5.1 and newer. With Call Recording, users will be able to record all incoming and outgoing calls regardless of whether your device includes the feature or not.

It will be an additional feature. Truecaller clears that all recordings are stored locally on the device storage and that the company does not have access to these at all. Users will be able to listen to or delete recordings within Truecaller or by using a file browser.

The app will also allow users to share the recordings using email, Bluetooth, or any messaging service. Users will be able to start recording with a single tap in either Full-Screen or Pop Up Caller ID after the initial setup process.

With the update, Truecaller is going to introduce separate tabs for calls and SMS. This will help users keep track of both calls and SMS right through the home screen of the app.

Ghost Call feature will let users set any name, number, and photo to make it appear as if they are getting a call from that person. Users will also be able to choose a contact from their phonebook for the ghost call. In addition, the app will allow users to schedule the Ghost Call for a later time. Ghost Call feature will only be available to Truecaller Premium and Gold subscribers.

Subscription of Truecaller Premium is priced at Rs 179 for three months, Rs 339 for six months, and Rs 529 for a year. The Truecaller Gold Membership coast you Rs 2500 per year.

This feature will speak the caller ID for incoming phone calls out loud. This works for saved contacts as well as for numbers identified by Truecaller on both normal voice calls and Truecaller HD Voice calls. Users will also be able to use it while wearing headphones. Call Announce will only be available to Premium and Gold subscribers.

Also read: Fortnite is ending its second chapter with a big event on December 4th