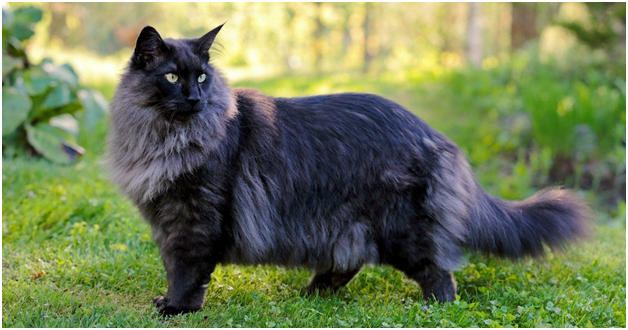 There is a lot of truth to the saying that variety is the spice of life. Although we might not think much of it or even appreciate it sometimes, many of us cannot imagine a world without variety. It can be argued even; that variety is what makes our world what it is. Even we humans come in different shapes, colors and sizes.

The same applies to the various animals that roam the earth and even among particular animals of the same family, there can be different breeds. One particular domestic pet breed that is gaining more popularity in many households across the nation is the Norwegian forest cat breed.

What Is This Cat Breed?

The Norwegian forest cat is an old domesticand natural breed that their origins can be traced backed to northern Europe(Norway is in northern Europe for emphasis sake). There the locals called it “skogkatt” which translates to forest cat which also is the name it bears to this day though many of your friends and neighbors who own one might call them wegies. King Olaf of Norway designated it the official cat of Norway. You can read more about it here.

Though loyal pets, they are strong and fiercely independent. They have a long thick coat that aside from making them look regal, make them fit to withstand cold weather, it is also water resistant. They are friendly and very energetic and typically would live for between 12 to 16 years on the average.

Today in the country, they are getting very popular as a favorite pet option with families and individuals. However, there are certain interesting things that you should know about them, they include:

They Are Warrior Cats

Every indication from history points to the fact that they were used by Viking warriors for hunting and to protect their ships and stores from being rat and rodent infested. Again, those of them that were in the wild did hunt for preys in the forests of Scandinavia where they bred with other feral felines and even barn cats.

They Are The Stuff Of Myths

Well, what cat isn’t? One might ask (since they have always had some spiritual connotations). Well, the mythology and the role they played is what really differs in each culture as in this instance (Norse mythology), the skogkatt is a beloved of Freya (the goddess of beauty and love). It is even said in some versions of the mythology that she travelled in a chariot drawn by felines.

Yes, these beautiful creatures nearly went extinct and it was not because they were being hunted rather, it was because of their mating with other felines. Generally, they were priceless to most sailors who wanted to have them but, during the time of the second world war, attention was not given to these creatures and so, they nearly went extinct as they crossbred with other felines. However, a breeding program was started to preserve the breed. You can read more about this at https://cats.fandom.com/wiki/Norwegian_Forest_Cat

They Are Popular In Europe

While these feline species are just getting popular in the United States, they have always been a big deal in Europe. They are most especially popular in Scandinavian countries (where their origin can be traced from), they are also very popular in France.

They Are A Big Feline Breed

They are one of the biggest known cat breeds, they are even bigger than certain small dogs. Again, they are also heavy in weight, weighing between 13 to 22 pounds.

They Are Prone To Health Challenges

It has to be pointed out though, that for all their endearing qualities, they are prone to certain health problems. These health challenges seem to be the only and major challenge to be expected to having them. Some of the health conditions that they are prone to include: 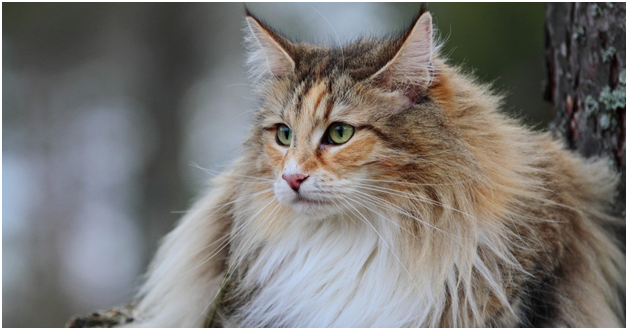 It is one thing to have these cats and another thing to take adequate and proper care of them. This is even more important now that you have known about them and their health conditions. It is therefore recommended that special care be given to taken care of their general health. One way to do this is through the use of CBD and CBD based products for their upkeep.

CBD is a component (one of the components actually) found in the cannabis plant. It however is not psycho-active meaning that it doesn’t produce a ‘high’ when consumed. Research has shown that it has lots of health benefits for all mammals (this obviously includes cats).

Considering the unique health challenges that these breed of cats are prone to, it is simply a wise and a preventive measure to take care of them with CBD based products. These products can help to prevent some health challenges like heart diseases from even occurring in the first place. It is even better to patronize companies with products tailor made for them.

You should check out the holistapet Norwegian Forest breed guidefor more information that will help you take proper care of this breed.

We humans like our pets. They are these adorable creatures that we shower our love on and our reliable companions. They also serve various other useful purposes.

There are also those of them that we like but do not know much about. The Norwegian Forest cat might even be an example of such for you. Well, now you know about them and also how to take care of them.