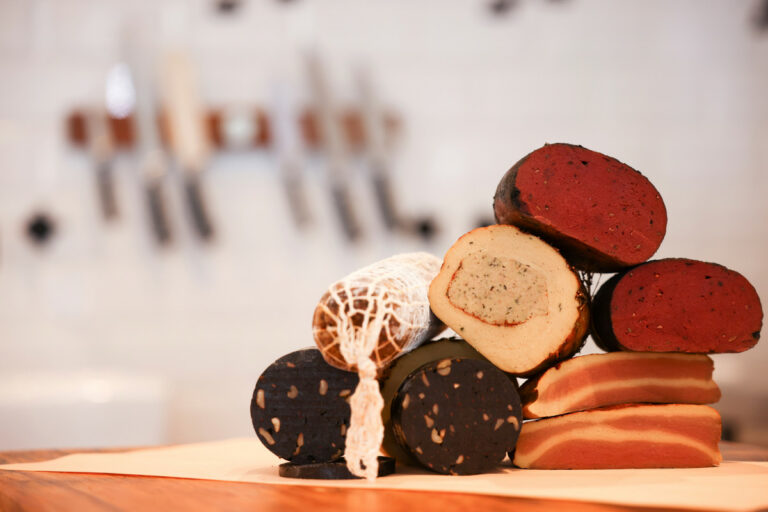 Craving some baycon and eggs? Or maybe soysage and peppers?

Belly up to London’s new vegan butcher shop, Rudy’s, where meat isn’t an option. Opening day is Sunday, which also happens to be World Vegan Day.

Rudy’s is aiming to capitalize on the soaring demand for vegan products in Britain, where many are cutting out animal-derived ingredients or at least reducing their intake of meat and dairy, Reuters reported. Last year, the UK saw a 128% in new trademarks registered for vegan food.

“People understand what it is that we’re selling,” co-founder Matthew Foster said. “It’s all designed to emulate meat. It tastes like meat, it’s got meat-like texture.”

Available are meatless versions of traditional favorites such as bacon, sausage and turkey — all made with soya, seitan, and the like.

Foster and his team started out in 2017 with a vegan diner and are now expanding. They even offer dinner kits to make at home.