The Market Mail Every latest news update
Home Sports WATCH: How a Beardless James Harden was Hyped up Before His Draft Night in 2009 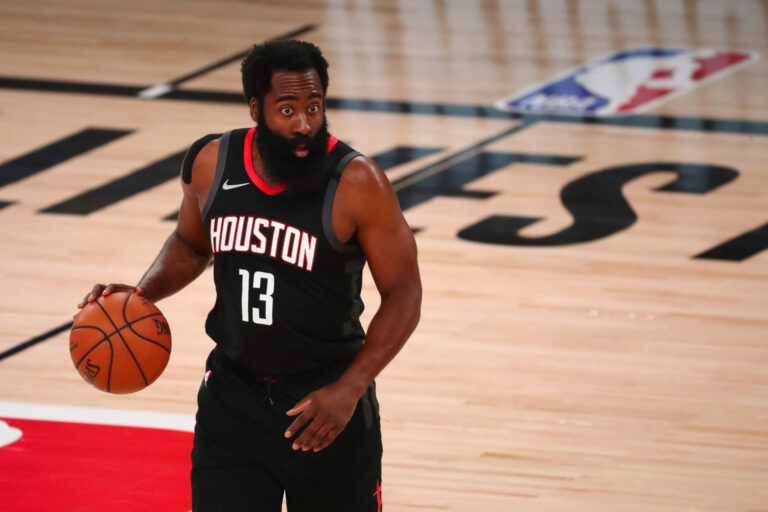 When you think of James Harden, what pops into your head first? You probably think about the Houston Rockets superstar, his stellar three-pointers and his beard. Harden’s beard stands out and is a part of his personality as an NBA player. Can you even remember the last time you saw him without one?

Let’s look back at Harden’s journey as a player and how his beard has transformed over the years. When Harden was a rookie, he was averaging around 9.9 points with no beard and a very clean look. However, his fourth season in the league was when the world saw Harden’s ultimate breakout.

Harden became one of the top scorers in the league. This huge leap also signalled the beginning of his ultimate beard, which he started growing around this time itself. The fact that Harden’s career made a big leap exactly when his beard grew out is way too coincidental.

It looks like it was Harden’s beard that brought in the confidence he needed. His beard has a lot to do with why the opposition fears the man, and his dominance till date is his USP. However, if you saw Harden without his beard now, would you recognise him?

‘The Score’ posted a throwback clip of James Harden right before his Draft night in 2009. In the clip, Harden looks unrecognisable as he talks about his excitement of playing with several NBA stars.

“Probably the hardest part is training and getting ready for the process,” said Harden. “Today is a dream come true. So, this training is to be in the best shape of your life. And to play with these great players in the NBA is just a great feeling.”

Young Beard(less) before his draft night! 😂

You can also see the San Antonio Spurs’ DeMar DeRozan in the background, trying to imitate Harden.

Harden was chosen as the third overall pick in the NBA Draft 2009 by the Oklahoma City Thunder. He is now arguably the best scorer the league has seen and is currently the backbone of the Rockets. Even though their playoff run ended with a lot of disappointments last season, nobody has lost faith in Harden’s capabilities to make them contenders next season, beardless or not.

Get notified about breaking news and watch highlights on the go; join the Arena on NBA Hoops